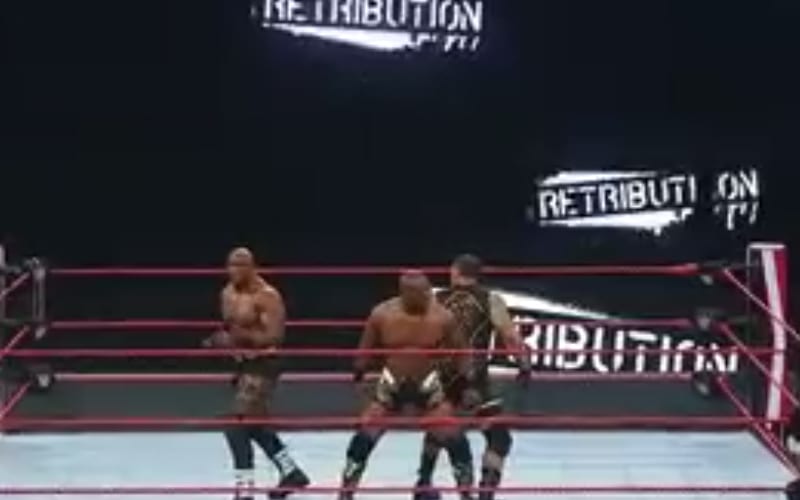 WWE gave Retribution new names last week, and they debuted a new look for the five core members of the faction. Then they were put in quarantine for precautionary reasons due to NXT’s COVID-19 outbreak. They still made an impression during Raw.

The Hurt Business took on Mustafa Ali, Apollo Crews, and Ricochet on Raw. Just before the commercial break, the lights went out and Retribution’s logo appeared on all of the ThunderDome screens. This shook up the Hurt Business a bit.

Retribution’s logos didn’t come back for the rest of the match after they came back from commercial. The Hurt Business lost clean as Mustafa Ali pinned MVP. Later on, they played a highlight video package for the stable.

It’s unclear if Retribution is going to miss next week, but they were able to figure out how to use them this week while they couldn’t be around.