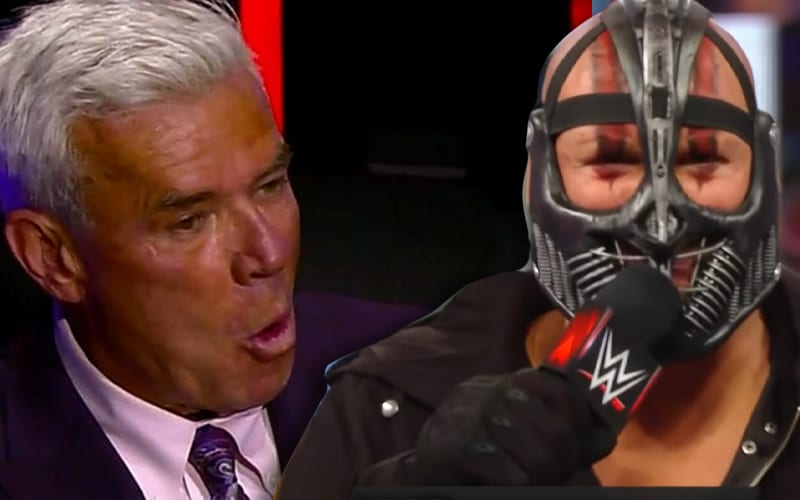 WWE’s Retribution faction has their supporters, but a majority of the WWE Universe still have a lot of questions. Others have already drawn their conclusions and that includes Eric Bischoff.

Easy E fired off on his After 83 Weeks show saying that Retribution sucks. He said it’s a bad angle and he had some major critiques. T-Bar read all about it.

The tallest member of Retribution tweeted out a message to Eric Bischoff. He thanked Bischoff for the motivation as they continue to wreck a billion dollar company from the inside out. Bischoff is an inspiration to them as he did the same thing with WCW.

Thank you @EBischoff. You are a huge inspiration for #RETRIBUTION! We too aspire to one day destroy a billion dollar wrestling company and bury it under fiery wreckage.

Retribution also drew criticism from Dutch Mantel. We’d love to see T-Bar take Zeb Colter on, but it might only be a matter of time as Retribution looks to dismantle their timelines much like they are attacking WWE.