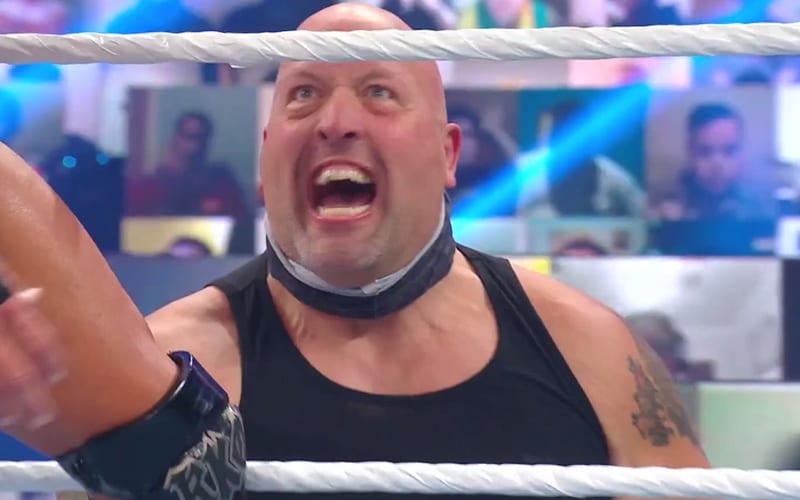 Drew McIntyre and Randy Orton were booked for an ambulance match at Clash of Champions Gold Rush. Then a big surprise showed up that The Viper wasn’t expecting.

Just as it seemed like Randy Orton was going to nail McIntyre in the head with a punt, a giant hand grabbed Orton’s boot. The camera panned over and The Big Show was there.

The Big Show dragged Orton outside the ring and chokeslammed him through the announce table. Then Drew McIntyre started picking Randy Orton apart for a while as they made their way up the entrance and toward the ambulance.

That was a random return for The Big Show as he quickly left after that chokeslam.