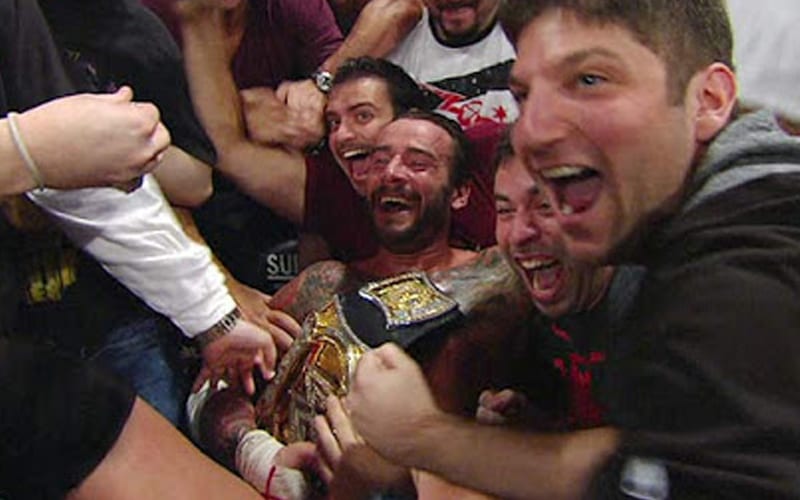 WWE’s 2011 Survivor Series event saw Alberto Del Rio drop the WWE Title to CM Punk. This was a big moment for the Second City Savior’s career that resulted in a historic shot of the Madison Square Garden crowd’s reaction following the match.

Indie wrestler Danhausen gets a lot of attention on Twitter. His star rose considerably in the past year, and he was close to getting an ROH contract prior to the pandemic. Now he is in Canada and only permitted to work a limited schedule due to mandated quarantine times after crossing the border.

Danhausen tweeted out a side-by-side comparison of CM Punk’s 2011 Survivor Series win and a pack of hungry zombies tearing their victim to shreds. He asked “Is this the same photo?” in the caption.

At 8:25 PM CM Punk replied to Danhausen’s post by saying: “You are a good tweeter.” This tweet must have stuck in Punk’s head for a while because he quote retweeted it at 9:53 PM.

This tweet got some good engagement because of the unique comparisons to that crazy NYC crowd’s reaction and a zombie hoard tearing someone apart. It’s funny how close those two things came to being identical situations.