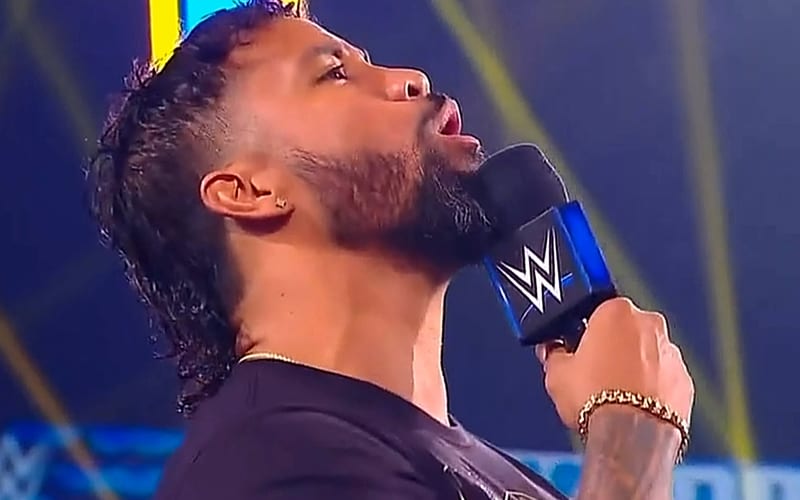 Jey Uso will get the opportunity of a lifetime at Clash of Champions. He is set to face his cousin Roman Reigns in a Universal Title match, but the Tribal Chief doesn’t plan on giving up his seat at the head of the table.

Uso faced a lot of adversities in his career. WWE plans to dive into them via a documentary special focused on Jey Uso’s story. There is a lot more to tell and Jey says his cousin knows what he is capable of.

While speaking with Talk Sport, Jey Uso said that he plans to out perform Roman Reigns at Clash of Champions. Roman Reigns might like to put up a front, but Joe Anoa’i knows what Uce can do.

“I know there’s a lot of disbelievers and a lot of the fans that think I’m not the guy to dethrone the ‘tribal chief’. But I’m letting y’all know, Joe – not Roman – knows what kind of person I am. I’m going to bring the fight, I’m not scared of him.”

“He knows what it is. My whole childhood had been trying to up him and my brother. There’s something behind me, in my mind as Josh and in my heart, not as a wrestler. I want to go out there and outperform him”.

Clash of Champions seems like an easy win for Roman Reigns, but he shouldn’t count out his cousin who is a 6-time Tag Team Champion. Jey Uso has a lot to prove. Even if he doesn’t win the match, Uce is still going to show fans why WWE awarded him with that big payday on September 27th.