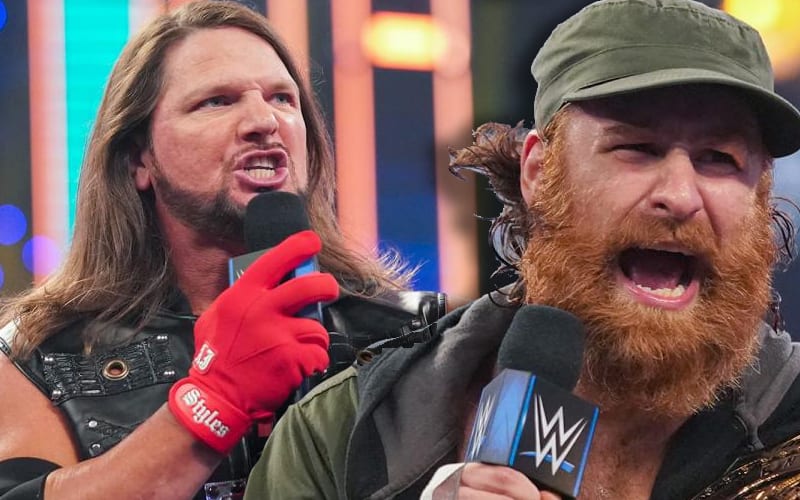 Sami Zayn vanished from WWE television when the COVID-19 pandemic started. He didn’t go public about the reason he took time off, but AJ Styles might have revealed that reason for him.

During Talking Smack, AJ Styles poked fun at Sami Zayn for getting fat. He said that Zayn’s wife is pregnant and the former NXT Champion has been gobbling up everything “right beside her.”

“He hasn’t been doing anything. From what I hear, he’s a brand new father.”

“When your wife starts getting big, so do you. You eat right with her because you don’t want to make her feel bad so you just gobble it up right beside her, whatever she wants to eat, we’ll eat together. Listen, Sami has probably been rubbing her feet because when you’re pregnant…he hasn’t been doing nothing but rubbing feet and eating!”

AJ Styles should know a thing or two about having a pregnant wife. His side is full of his children’s initials tattooed on him.

Zayn has not publicly come forward about being a father-to-be, but this is very exciting news if it’s true. It also gives a lot of clarity as to why Sami Zayn decided to take time off during a pandemic.