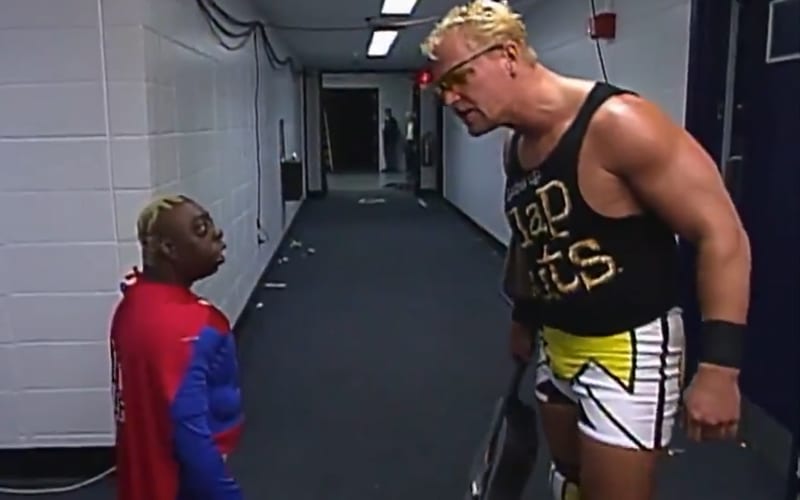 WCW brought in plenty of celebrities to pop a rating. They had their finger on the pulse of pop culture, and Howard Stern was white hot at the time. This provided them a great opportunity to invite one of the most famous members of the Wack Pack to Nitro.

Beetlejuice entertained millions on the Howard Stern radio show. He also had a famous cameo on WCW Nitro, but it didn’t end well for him.

Jeff Jarrett laid out Beetlejuice with a guitar after he was called “Slap Nuts” three times. That was enough for Double J to destroy a guitar over Beetlejuice’s back before yelling: “That’s Mr Slapnuts to you!”

That segment took place twenty years ago today. It seems like it was only yesterday for some fans.

Jarrett remembered the popular moment with a post on social media today. It just goes to show that some memories never fade if they’re good enough.

You can check out the famous clip from WCW Nitro below.