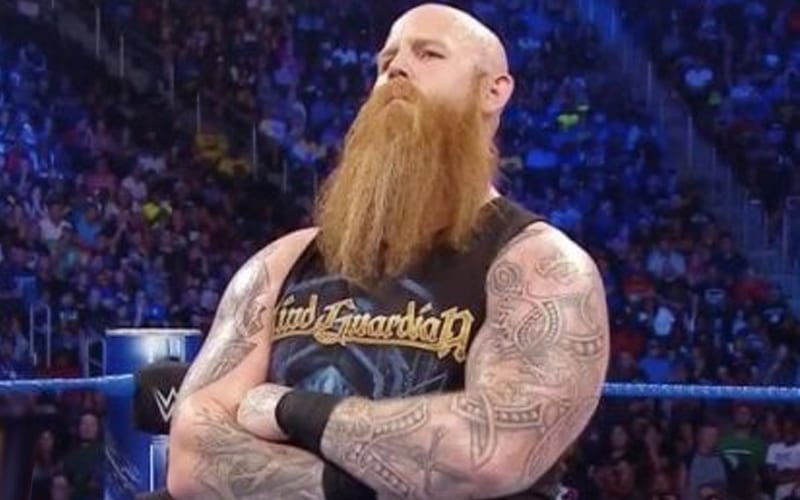 WWE doesn’t want Superstars changing their appearance without permission. This includes prohibiting them from getting a bunch of tattoos. That is rumored to be a reason why WWE got heated at TJP, but they didn’t say anything to Erick Rowan.

Erick Redbeard was released from WWE on April 15th along with so many others. His departure from WWE had nothing to do with the ink he got in recent years. He started out with the Wyatt Family without any visible tattoos, but by the time he was released Rowan had sleeves on his arms and his legs were covered as well.

While speaking to Pro Wrestling Junkies during a Q&A, Rowan was asked about his tattoos. He explained how he was able to get past WWE’s policy about not getting tattoos without permission. He simply got them and didn’t ask anyone about it. Then when his ring gear changed it didn’t seem to be an issue.

“So, I started getting tattoos in 2013 or 2014 when I got hurt. I had the surgery and was keeping my mind off it, so I started getting the leg tatted, and then ended up getting a sleeve, then the other leg. Then once we started the Bludgeon Brothers, we were wearing the cuffs on the ring attire that covered most of it, so I didn’t have to ask permission. Most people have to ask permission because WWE owns everything to do with your likeness.”

“I decided to get that all done without asking,” Rowan added. “And then it was like, ‘Well, they obviously haven’t noticed or don’t care, so let’s get the rest of it done.’ I just started showing it when working with Daniel Bryan.”

Alexa Bliss keeps getting tattoos, but her ink is white. That makes it very hard to see, and it wouldn’t change her image for action figures, video games, and other promotional material. WWE made it clear that they also own their Superstars’ real names in recent memory as they banned third party involvement.

Erick Redbeard hasn’t made a big splash in the pro wrestling world since his WWE exit. Odds are we haven’t seen the last of him or his impressive collection of tattoos.