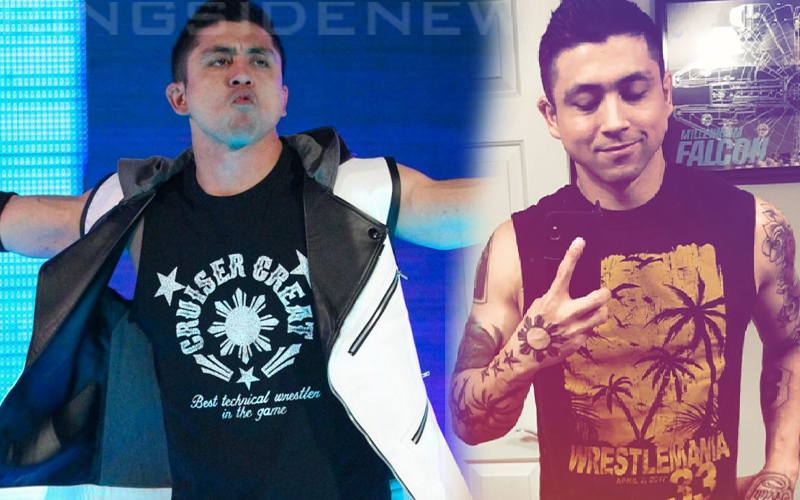 TJP was released from WWE today. This came as quite a surprise for his fans, but it made sense to WWE. One reason for his release is said to have something to do with those new tattoos TJP got in recent months.

Bodyslam.net reports that TJP was blindsided by his release. There were apparently a few reasons for WWE to release him though.

It was also said that his WWE release was possibly due in part by the recent tattoos that he got apparently without permission. This is said to have caused TJP some backstage heat which contributed to his release.

It is also reported that TJP was lobbying for more screentime as late as last week, however, WWE obviously didn’t grant it to him. It is also said that he was deemed as being “difficult to work with, not just amongst talent but even with those higher up in positions of power within WWE.”

It makes sense that WWE would take this kind of action about tattoos. They really need to get those approved. Baron Corbin wants to get his head tattooed, but he is obviously holding off. After all, it took Corbin a long time to get the company to approve him shaving his head.

Image and marketability is a huge deal to WWE. Action figures and video games are in preparation for a long time. Therefore, any sudden change of a Superstar’s appearance can make things difficult to keep a consistent image.