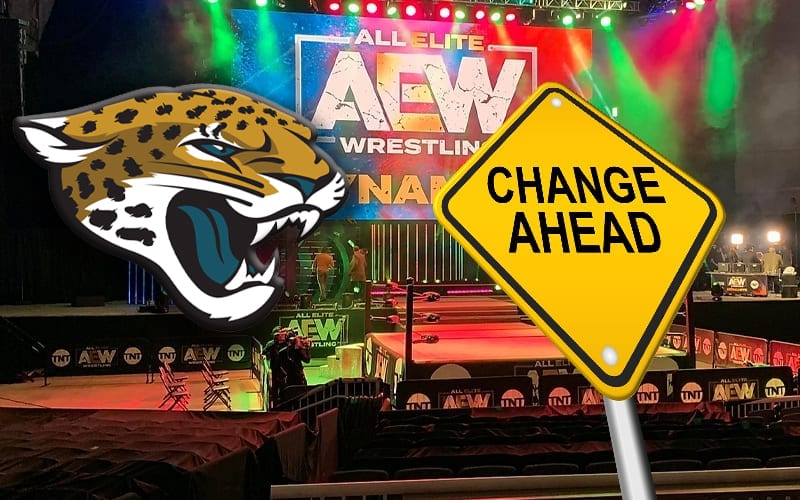 AEW and the Jacksonville Jaguars have a very close connection. Not only does Tony Khan run both organizations, but they also operate in very close vicinity to each other. That caused them to make a change this week.

The Wrestling Observer Newsletter noted that the September 30th episode of AEW Dynamite will be taped today which is September 25th. They had to change up their plans from the usual process due to Tony Khan’s ties with the Jacksonville Jaguars.

They usually do pre-taped shows on Thursdays, but they had a game instead. The Jacksonville Jaguars lost to the Miami Dolphins. Tons of AEW stars attended the game and had a great time. Sammy Guevara even took an RKO from the Jags mascot.

Since Tony Khan couldn’t be in two places at once AEW had to change up their schedule in this instance.