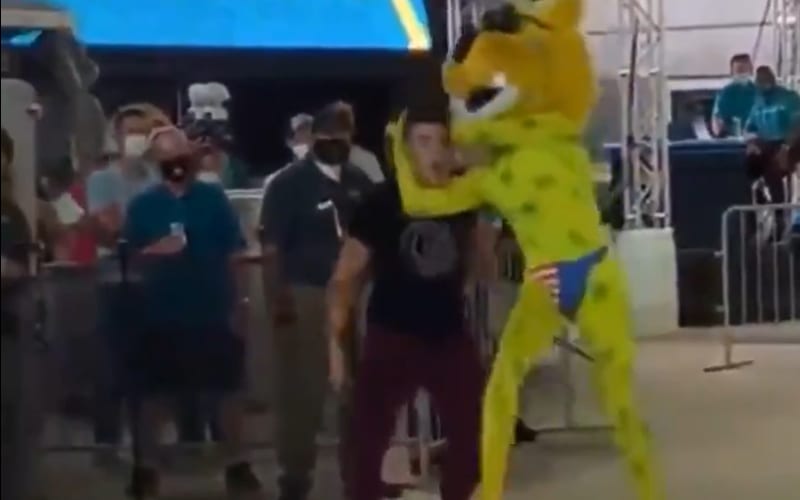 Guevara gets heat where ever he goes. He just has that kind of face. When they introduced him during the game today, he got some serious boos. The Spanish God is used ot that.

Sammy Guevara isn’t used to getting RKO’ed into a swimming pool which is exactly what happened. The Jaguars’ mascot jumped right up and grabbed Guevara’s next just like Randy Orton would.

You can check out the clip below. Tony Khan might be able to get Sammy Guevara into any Jacksonville Jaguars game he wants, but that doesn’t mean Sammy is going to be overly exited to be around that mascot again.