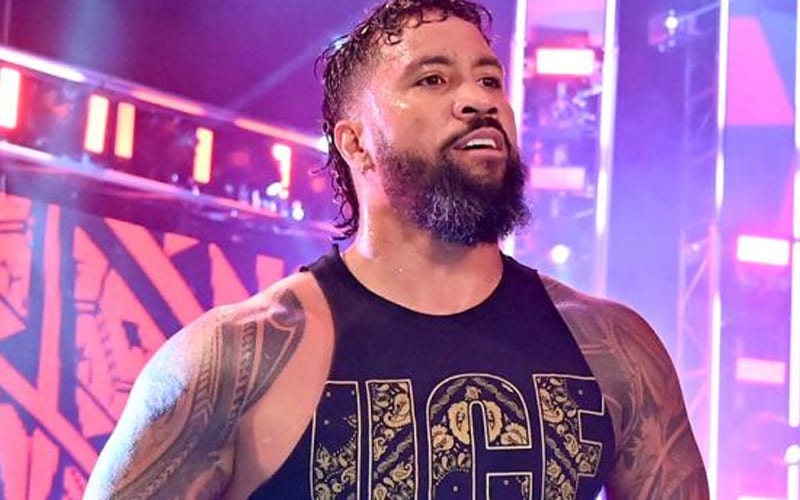 Jery Uso won a #1 contender’s match when he wasn’t even supposed to be a part of the show. This was a big shocker for everyone, including Roman Reigns. We’ll have to see how Clash of Champions turns out, but it’s a moment Jey has been waiting for.

Jey’s twin brother Jimmy is out of action with a knee injury. As Uce waits for his twin to heal up, he’s taking on their cousin. Roman Reigns is not prepared to drop that Universal Title any time soon.

While on The Bump, Jey Uso discussed what it means to him to get this big opportunity at Clash of Champions. He spent years working alongside his tag team partner and twin brother, but now is a time he must seize with a cousin he’s known for his entire life as well.

“These last three or four weeks have been crazy. Right now I’m in the #1 spot for the Universal Championship, the most prestigious title in our business right now and I’m very humbled and I’m proud — now this is Josh talking — I mean man we get to go out there. We done took it from the backyard to the pool to the fields and now we get to do it in front of millions in a WWE ring and we get paid — we used to do this for free!”

“Now like he said I’m about to take home the biggest payday of my career going like ‘oh this is what that singles championship money look like, yeah I like this too.” For me it’s very emotional and I’m just proud because I remember where he started from when he first came here. How we had to scramble money just to get him to Tampa [for FCW[. How I got evicted from my first apartment trying to hustle and now we’re about to go head-to-head superkick vs Superman Punch. It’s cousin vs cousin, family vs family, Reigns vs Uso!”

Jey Uso is ready for this moment because he’s been working on it with Roman Reigns for their entire lives. Clash of Champions will be a very special day for the Anoaʻi and Fatu family as the entire Samoan Dynasty and the rest of the world looks on.