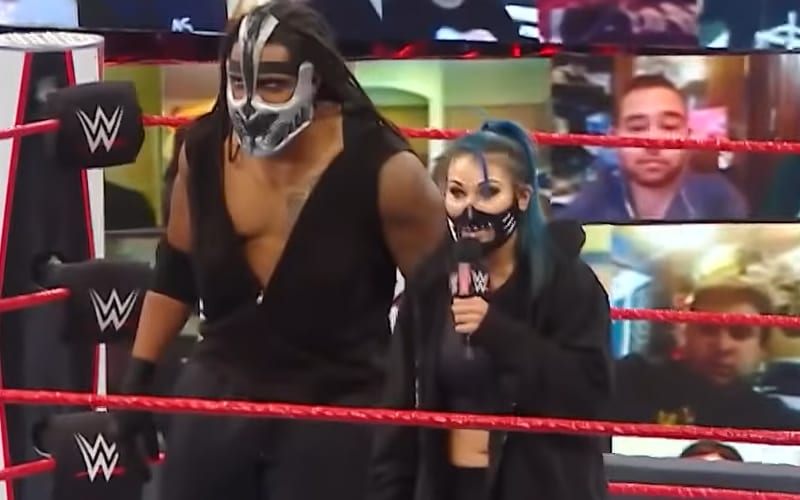 Retribution made a big impression on WWE RAW this week. Now three of those members have new names, and we previously pointed you guys toward their Twitter profiles. The finally started using those accounts on Tuesday afternoon.

Three of the five Retribution members have now spoken out on social media. We’re not even sure what they’re going to call Mia Yim or Mercedes Martinez yet.

Mace (Dio Maddin) had the best message of the three as he tweeted out saying:

T-Bar and Slapjack both tweeted out different graphics to hype the fact that Retribution is here, and they are making a considerable amount of noise.

As we previously reported, some backstage in WWE feel bad for Retribution Superstars. This gimmick is not working out as Vince McMahon planned when he came up with it on a whim one night. Click here for more information about how Vince McMahon came up with this idea.