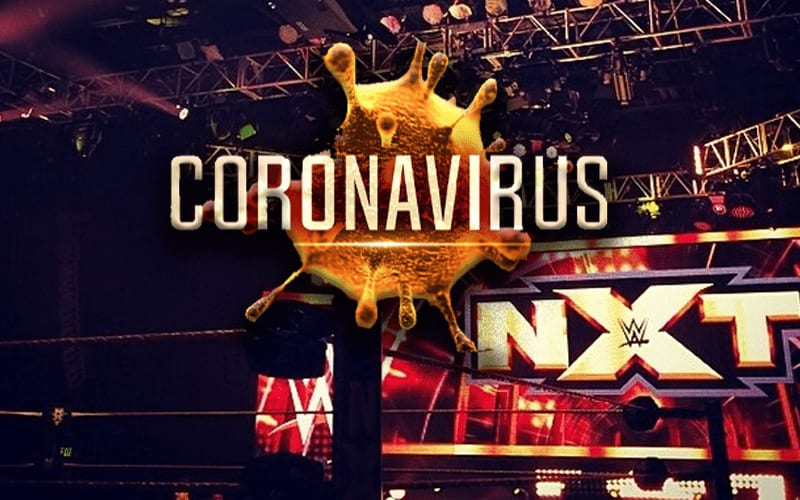 WWE discovered several positive COVID-19 tests in NXT. This is said to be an outbreak in the black and gold brand.

According to Fightful, several positive tests were discovered during the week of September 9th. This has led to “significant changes” to NXT’s television storylines.

It is reported that many recruits have been training at WWE’s temporary training facility across from the Performance Center were infected. They did not release any names of those who tested positive.

Policies about wearing masks was laxed at the training facility. It is thought that is where the virus spread.

Several classes for NXT recruits were cancelled although some “essential coaches” have stayed. It is also reported that this COVID-19 situation is why they waited so long to announce the participants in the Gauntlet Eliminator. They knew about this situation ahead of time and were making preparations.

It was also reported that “NXT creative had to be ‘conservative’ in some aspects of the shows as a result of this.” We will continue to monitor this ongoing story.