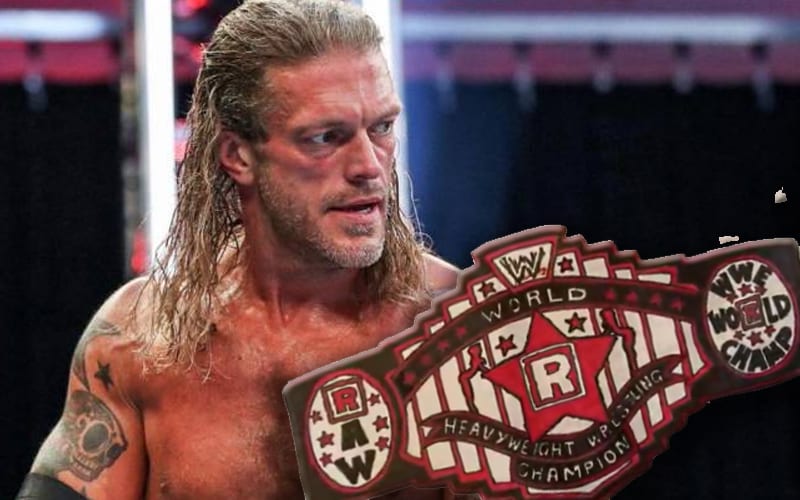 Sometimes WWE will take a good idea and do their own thing with it. That is what they did with Edge’s idea for his own custom WWE Title.

Then when the time came to actually produce the new title, the company just put his logo on the spinner belt, which Edge hated. He always hated the spinner title, but that’s what he got with his custom logo.

“I hated the spinner belts,” Edge said. “Despised them.”

“When they approached me and said, ‘We’re going to do a Rated R Championship belt’, I was like, ‘Right, let me get to work! I got home and drew up this beautiful championship belt. This thing was badass.”

“When I got back, they were like, ‘Well, no; we’re just going to put your logo in it.’ Like, that’s it? Edge wouldn’t want a spinner belt. That, to me, is the one championship that needs to look like a championship and not somebody’s hub caps.”

Edge didn’t get the Rated R Superstar title that he wanted. At least he drew up the design for the title which you can see below. The Rated R Superstar spinner belt was a reality and did see custom models sold on the WWE Shop. Perhaps one day the company will design a title the way Edge always saw his custom belt coming out, and nothing like hub caps.