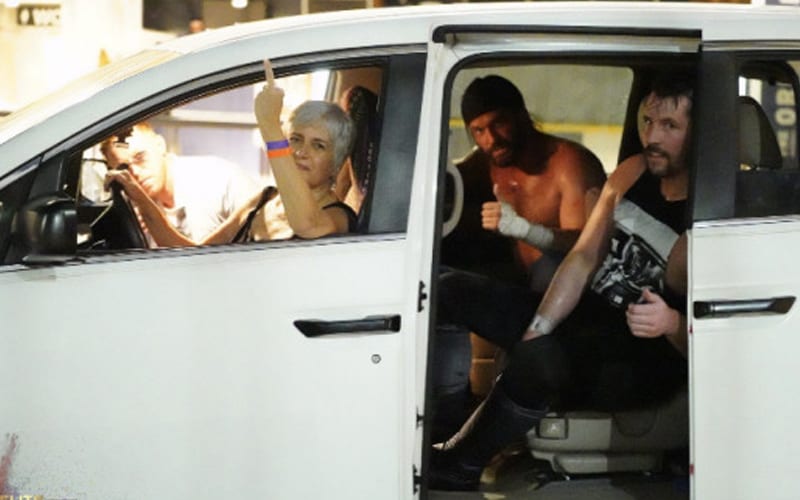 AEW has a new fan-favorite as an unlikely face stole a lot of attention with a middle finger and a plate of cookies. Now Trent’s Mom has merchandise to show for it.

Trent’s Mom Sue now has her own Pro Wrestling Tees store. She only has one official shirt up as of this writing, but it will likely do very well in today’s market.

Sue raised her middle finger high in the air as she took off last week after watching her son’s bloody parking lot fight. She was very happy to drive off Trent and Chuckie T. The image of Sue’s middle finger raised in defiance is now on the front of her first official t-shirt.

There doesn’t seem to be an AEW logo on this shirt, but it will definitely remind fans of this moment from the parking lot fight that is sure to remain a favorite among AEW fans for a long time to come.