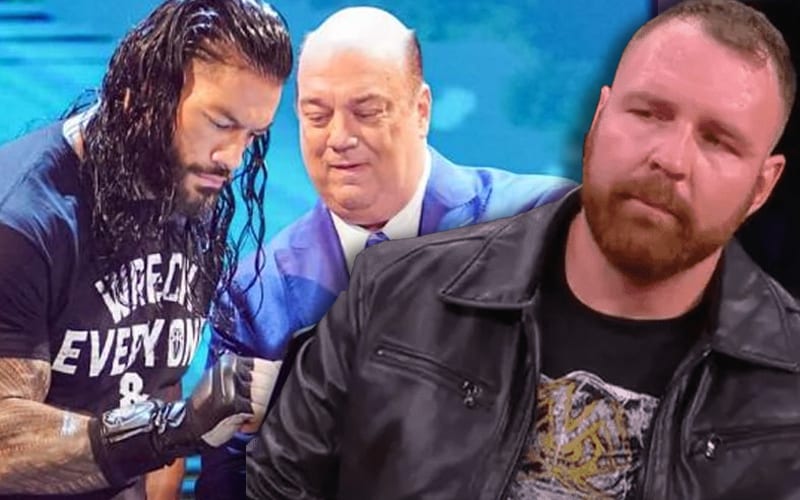 Roman Reigns’ return at SummerSlam was soon followed an even bigger surprise that Paul Heyman is now by his side. Reigns’ Universal Championship win at Payback started off a reign that is sure to make history.

Jon Moxley recently spoke with The Sun where his old Shield brother Roman Reigns came up. Mox isn’t in WWE anymore, but he knows what the Tribal Chief is up to.

Moxley commented on Roman Reigns’ recent pairing with Paul Heyman and how much it really works. His friends are still in WWE and he wants to see them doing well.

“The concept of him and Paul Heyman – that was very cool to me. I think that’s gonna work out really good. All my friends there (WWE), I wanna turn the TV on and I wanna see them kicking ass and doing great.”

WWE sought out to make Paul Heyman’s relationship with Roman Reigns much different from that of Brock Lesnar. Heyman and Reigns is strictly business and the Big Dog is serious about his business. We’ll have to see what’s next for those two, but it’s likely that they will leave a long trail of broken bodies along the way.