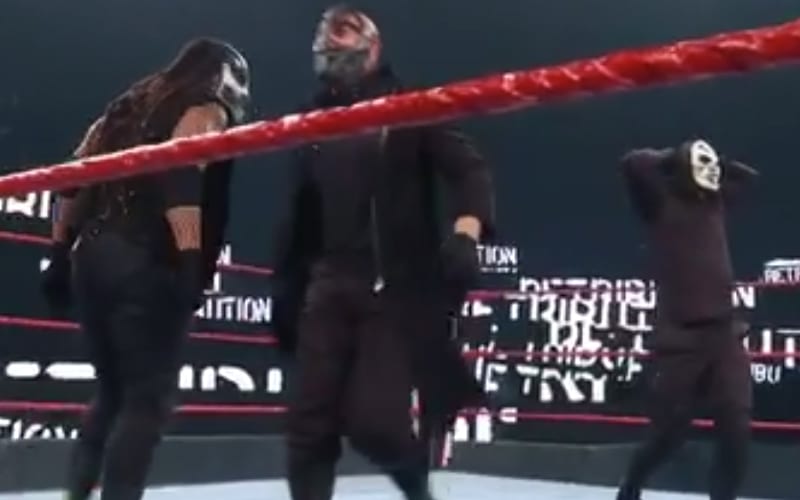 WWE’s new stable Retribution showed up on Raw this week and they ended the night by wrestling their first match as a facftion. They took on the Hurt Business, but before that happened they were given names.

The three male members of Retribution were introduced as Mace, T-Bar, and Slapjack. It was revealed that Dio Maddin is Mace, Dominik Dijakovic is T-Bar, and Shane Thorne is Slapjack.

This just the beginning of Retribution on WWE Raw. Now they have names, but we’re still waiting to see what WWE calls Mia Yim and Mercedes Martinez.