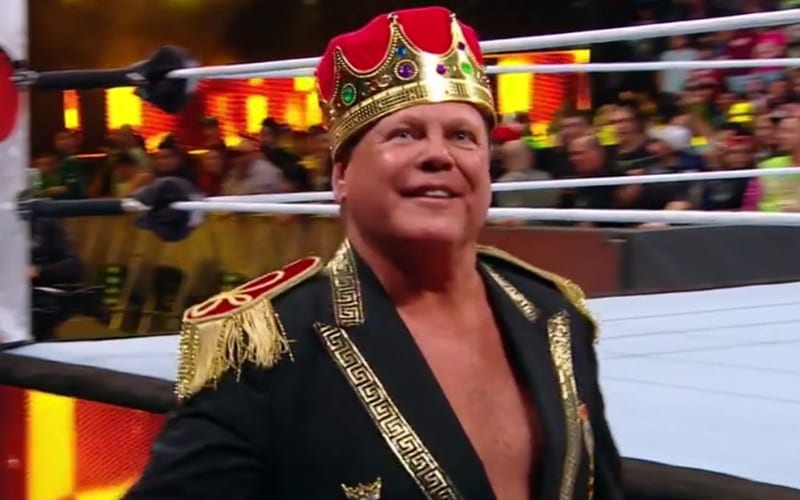 Jerry “The King” Lawler is always good for a one-liner and he’s one of the rare people who Vince McMahon never messes with on headset during commentary. The King could be preparing for his return.

PW Insider reports that Jerry “The King” Lawler is in Orlando ahead of Raw this week. It was not explicitly noted if he will be on the show, but he is in the city.

It is possible that Jerry Lawler is simply in Orlando ahead of Sunday’s Clash of Champions pay-per-view as well.

Lawler hasn’t been featured on WWE Raw for a while. He was taken off the commentary position during the pandemic. He never showed any signs of being sick, but his elevated risk due to being 70-years-old likely played a role in his absence.

Jerry “The King” Lawler was replaced by Samoa Joe on commentary. Joe did not appear on commentary last week as it was noted he had the week off. Tom Phillips was also absent for the last two weeks, but he is reportedly returning this week. There is still no confirmation of Samoa Joe’s current status for the red brand this week.