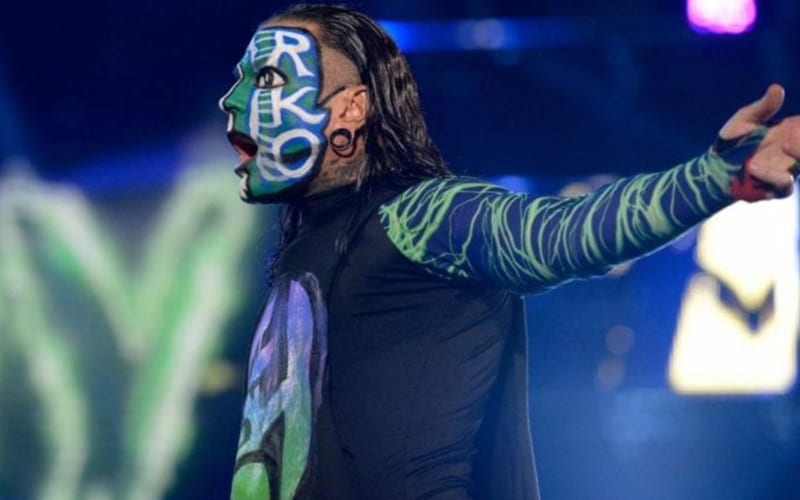 Jeff Hardy admitted in an interview last week that he was signing a new deal with WWE. Part of those contract talks included WWE bringing back Hardy’s “No More Words” entrance music. How long is his new deal?

Many expected Hardy’s new deal to be five years since that is standard for most WWE Superstars. His new deal with WWE isn’t that long at all according to PW Insider.

It is reported that Jeff Hardy didn’t sign a full five-year deal. It is actually reported that Hardy signed a contract that was closer to two to three years instead.

We have been told by multiple sources that the new contract, including that was added to Hardy’s previous contract due to injury-related inactivity, is closer to 2-3 years total in length.

Jeff Hardy will defend the IC Title at Clash Of Champions in a ladder match against AJ Styles and Sami Zayn. He won’t be around for quite as long as other WWE contracts, but fans should get plenty of chances to hear No More Words play Hardy to the ring.