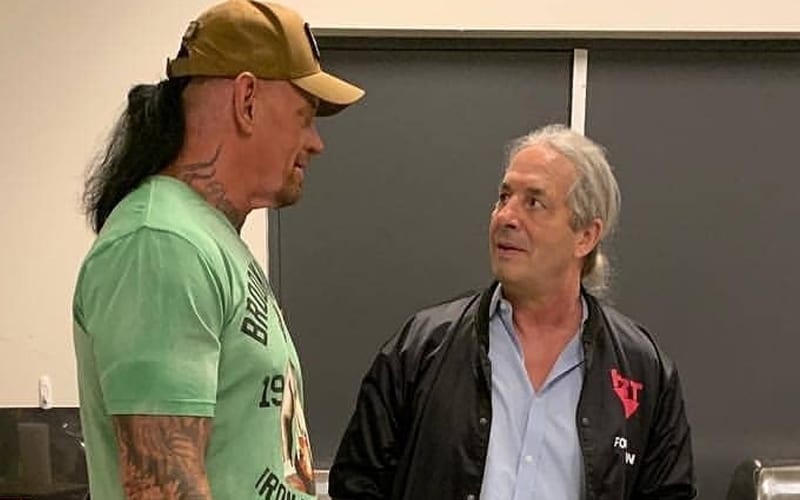 The Montreal Screwjob will live on in pro wrestling history as one of the most controversial nights ever. A lot of things happened that night including Bret Hart punching Vince McMahon out backstage. There are even theories revolving around that.

The Undertaker had his own version of what he thinks happened during the Montreal Screwjob. He theorized that Vince McMahon and Bret Hart arranged for The Hitman to punch McMahon in the face in Montreal. Bret Hart claimed that was not the case at all during his Confessions Of A Hitman series.

Bret Hart still attests to the fact that he was given no shot at Vince McMahon. He saw the opening, and he took it.

“The Undertaker had a take on it. His take on it a few months ago – and they always say stuff like, ‘Vince probably said before he walked in that he was going to let me take a shot at him.’ I don’t remember that ever happening and I don’t remember Vince saying anything like that to me in my dressing room that he’s going to let me take one shot at him. There was no one shot [offer]. I took my own shot. I doubt that’s the case. [McMahon] never saw it coming.”

“I think I knew Vince pretty well, especially at the time. What really was happening, I think, was a case of Vince trying to save face with his talent. I don’t know if he expected there to be such an uproar. There was a real uproar with the wrestlers and the talent where they were probably wondering how many wrestlers were going to show up in the dressing room the next day. That kind of thing. So, it was a grandstand moment for him to confront me in the dressing room and sort of look to my better nature. I’m a pretty easy going guy.”

“I think Vince gambled that I was going to take the high road and say a few words to him, and then I would walk out or grab my stuff, and leave the dressing room, and that would be the end of it, and he could say, ‘at least I confronted him.'”

Vince McMahon still hasn’t opened up about that night and there aren’t many people who haven’t spoken about that famous happening in Montreal. We’ll have to see what theories come out next, but Bret Hart is happy to continue sharing his viewpoint of one of the most memorable moments in his career.