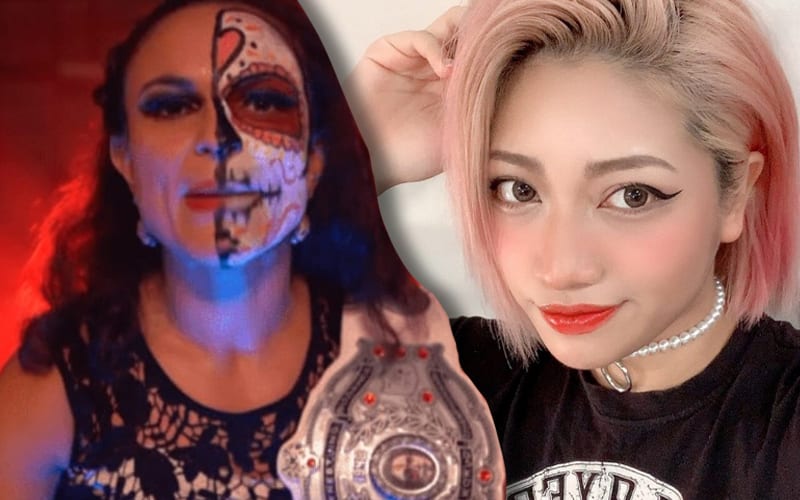 The pro wrestling world mourned Hana Kimura’s passing. Her death was a tragedy on so many levels that was totally avoidable. Many were grief stricken on another level because they personally knew the wonderful person Hana Kimura was. Thunder Rosa will never forget her.

Talk Is Jericho recently had the NWA Women’s World Champion on the podcast. Thunder Rosa spoke about Hana Kimura and revealed a story about how Kimura was there for her when she really needed help.

Accidents can happen in the pro wrestling ring that result in concussions. Thunder Rosa suffered a bad blow to the head and she was sick afterward. Hana Kimura played the part of her nurse during the taxing ordeal.

“It was a tag match and I think I got hit in the head really hard. Like three days after, I got really, really sick. And then the general manager talked to the promoter and was like ‘You need to take her to the hospital, like now.’ She called the ambulance and when I got in the ambulance I started throwing up and he was like ‘You’ve got a concussion.’ After the whole month I was out there – Hana was my nurse.”

Hana Kimura took her own life after she was the victim of cyber bullying. Her death was a startling reminder of how real words online can be and her passing also helped move along legislation which would put penalties in place for those who engage in such abusive online behavior.