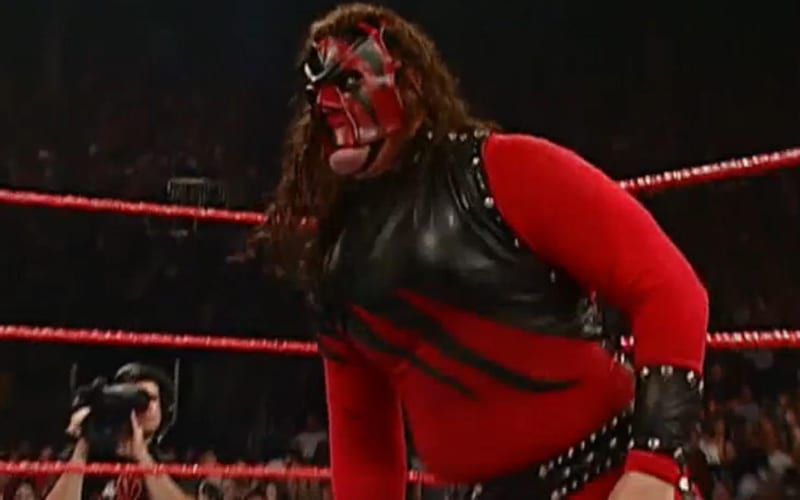 Kane had an identical alter-ego for a short time, the doppelganger was eventually kicked out the door and never seen again. Doc Gallows played that Fake Kane, and WWE wanted to make sure that he did it right.

During a recent episode of Talk’n Shop, Doc Gallows talked about that short role in WWE. The company had him come in and do “extra hard practices” in secret where he learned how to be Kane. It didn’t last all that long, but they wanted to make sure that he was as close to the genuine article as possible.

“I felt so bad for the secret crew of fake Kane practice because you actually had to act like, ‘Oh man, I’m getting asked to come in and do extra [work] so I’m really excited.’

“So they called me, they’re gonna put you on TV and you go, ‘Okay, thanks, cool. What am I doing?’ ‘Well you’re gonna be the fake Kane.’ Okay… what does that mean? Well not only do you have to do these hard practices, we have to do extra hard practices after but they have to be held in true secret so no one knows who the fake Kane is because everyone’s gonna expect him coming.”

The Fake Kane rehearsals didn’t help the character stick around WWE television very often. It didn’t take long for the real Kane to beat the Fake Kane and then get rid of him. Thankfully, fans eventually saw Big LG show up once again in a much better role down the line.