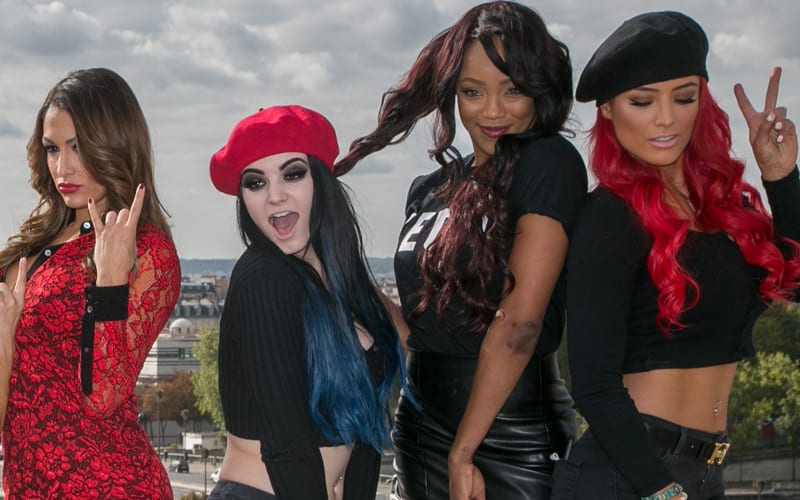 WWE has their own was how they want the company to be represented on television, even their reality television franchise Total Divas. This can cause a problem for those on the show who aren’t used to operating in the pro wrestling world.

Eva Marie was on Total Divas for several seasons. She admitted to Darren Paltrowitz that WWE’s production crew was pretty adamant that the cast members’ families call Superstar by the names they go as on WWE television.

“It’s totally correct because, especially with Total Divas, it’s even a little bit more difficult because you have your superstars and their actual characters and their names but those personas are not their actual real given names, so when it comes to family, husbands, wives, it gets dicey where you know, they’re gonna have to try their hardest to call you by the name of the actual character. For me and my family, it was a shift for them but it wasn’t like they were calling me some other made up name because Eva Marie is my middle name and my [family member] gave me that middle name, so it was just kind of like an easy alternate nickname I guess.”

WWE wanted to make sure that everything was consistent on television. It also gets confusing for some viewers. For instance: there are more Johns around than just John Cena, so it just made things easier for Jimmy Uso to go by his screen name and not his real name while on camera. The same was true for Eva Marie as her family was encouraged to use the name she was known by on television.