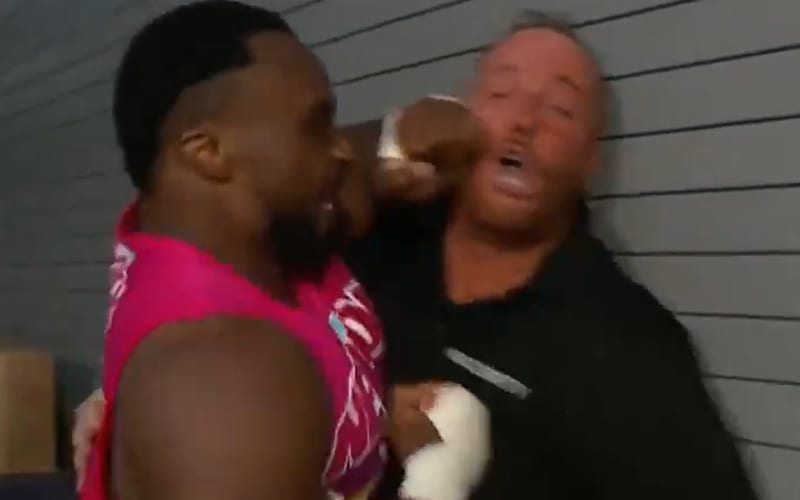 Larry The Security Guard likes to play for both sides. He assisted Sheamus in setting up Big E a couple of weeks ago. Then this week he helped Big E out in trapping Sheamus. Big E also didn’t forget about that previous backstabbing so he destroyed Larry for his troubles.

Adam Pearce isn’t an “authority figure” on WWE television, but he is representing management. Vince McMahon took away all authority figures when he made fans the real authority. Pearce still had an update on poor Larry’s condition following Big E’s brutal assault.

UPDATE: I’ve been told that “Larry” the Security Guard is nursing his wounds and convalescing at home.

We’ll have to see if Larry The Security Guard keeps popping up on SmackDown. He’s not actually a security guard, but that shouldn’t come as a surprise. They cast indie wrestler Kennedy Kendrick in the role of Larry for two weeks now.