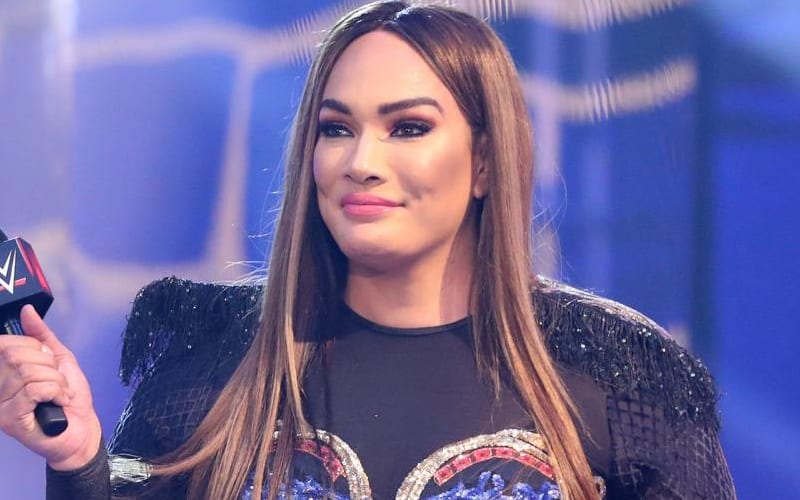 Nia Jax called WWE out for putting a Photoshopped version of herself online. The Irresistible Force said she paid a lot of money to look like she does. She didn’t appreciate WWE taking it upon themselves to alter her appearance.

“That’s better,” Jax tweeted out along with a smiling emoji and a shot of her new non-doctored photo. This graphic was used in the Clash of Champions advertisement to promote Jax and Shayna Baszler’s match versus the Riott Squad.

Nia Jax had a reasonable gripe with the company for altering her appearance. She puts a lot of energy into projecting a positive self image. Nia Jax is also a role model and WWE altering her photo doesn’t present the most body-positive image.