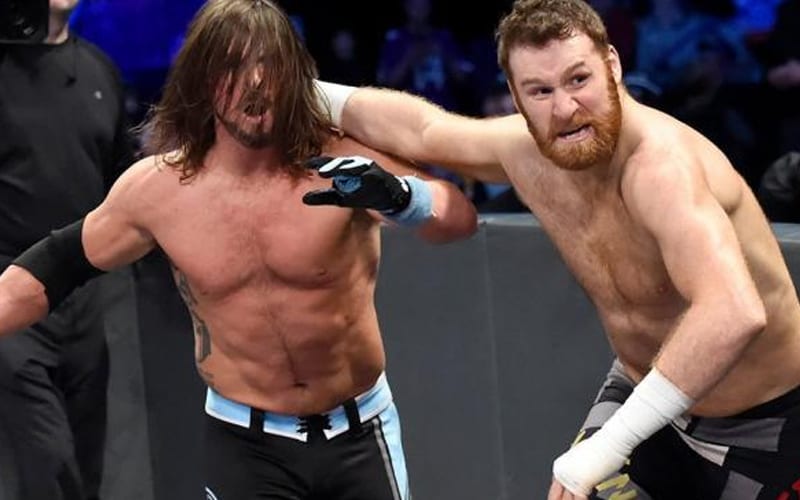 Sami Zayn was WWE’s Intercontinental Champion, but then he went home for a few months during the pandemic. He’s back on SmackDown, and he wants the title back that he never lost. In fact, he considers anyone who holds that title “a sham.”

AJ Styles was first to hold the IC Title following Zayn. He will face Sami Zayn tonight on SmackDown. The Phenomenal One tweeted out a plug for SmackDown this week as he hyped the big show that WWE has in store. Of course, he also threw in a little dig at Sami Zayn.

There is a LOT to be excited about on #Smackdown tonight … but is anything better than punching @SamiZayn in the mouth?! Maybe doing it a bunch of times.

Sami Zayn wasn’t about to see a tweet like that from AJ Styles go unanswered. He replied back with a confident tweet proclaiming that AJ Styles is “The Original Sham Champion.”

I give you AJ “The Original Sham Champion” Styles, ladies and gentlemen. The man had no qualms partaking in a shameful title tournament then calling himself IC champion, knowing full well I was wrongfully stripped. I will enjoy beating you tonight very much. Warmest regards. -SZ

Ringside News exclusively reported that Sami Zayn was his own worst enemy backstage. He was argumentative, and rather pushy during the creative process, even with those trying to help him.

That belligerent attitude off-screen apparently translated to what we see on television. It will be very interesting to see how WWE handles this situation.