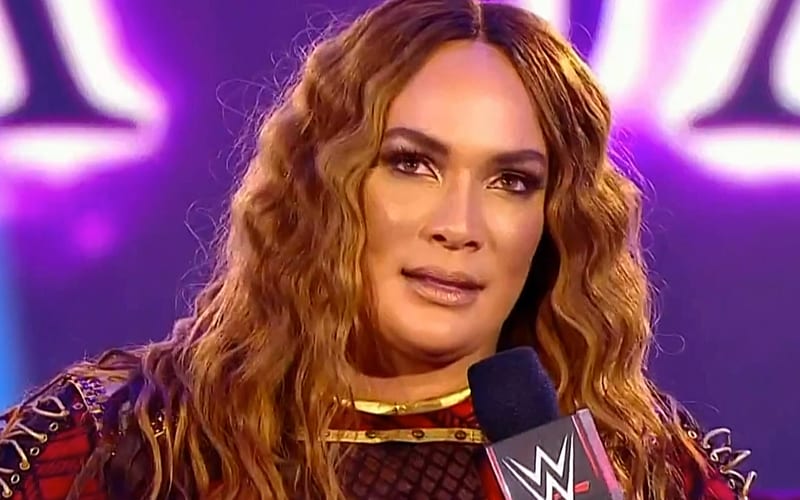 WWE can do a lot with modern technology. They are also no strangers to touching things up in post to make them look better. Nia Jax isn’t happy about that at all.

Nia Jax and Shayna Baszler are WWE Women’s Tag Team Champions. They don’t like each other and are destined to feud further after their reign is over. The company posted a photo of the two champions, but Jax didn’t like her photo at all.

The Irresistible Force jumped on Instagram to call WWE out for touching up her face. She realizes that they took a zit off her chin. Jax still made a point that her current look is the result of hard work and money. She then asked WWE to change her photo back.

I get that Facetune is a “thing” now, but I’m not a big fan. I wear enough makeup and have great hair installed to pick up where I lack in looks, Facetune is a bit much. Yes, in my untouched pic you can see a big zit on my chin, whatevs. I have asked WWE to please replace my obviously facetuned pic with the untouched, I’m not happy with the message it sends.

Facetuning and face swapping is now a thing. Eventually nobody will know what other people really look like unless they see them in person. We’ll have to see if WWE changes Nia Jax’s photo back to the original version. So far they have not put her face back to the way it was.