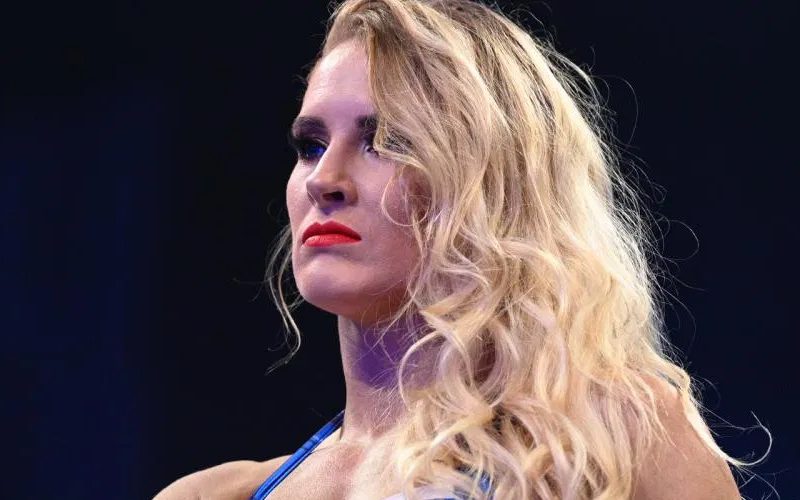 Lacey Evans is alive and well, we want to make that clear. It must also be stated that in no way does Ringside News condone the actions of this fan who made this edit to Evans’ Wikipedia page.

Evans was called up from NXT and then she got a chance to make her full-fledged WWE main roster debut on the Royal Rumble’s big stage. She has received some opportunities since then, but overall WWE hasn’t pushed her like some fans wanted them to.

It’s unclear why WWE didn’t take a former Marine who is also a mother and a genuine role model and make her a top babyface. She has an incredibly inspirational story as she climbed out of a very rough environment to find success. Instead, WWE made her a heel. Evans did have a glimpse of babyface action recently, but she then went right back to being a bad girl again.

We have no idea why someone would do this, but one fan edited Lacey Evans’ Wikipedia page to say that she died. It was a real edit and we took a screenshot which you can see below.

This fan could have been referring to Lacey Evans’ in-ring career dying, but they were not specific. They simply said that she died which gave a few fans the wrong idea. We can assure you, The Lady Of WWE is just fine.

Lacey Evans is alive and well. She tweeted out this morning to say that she’s preparing to deal with all of the Nasties tonight on Friday Night SmackDown. This was not a very funny edit that fan to make. Whoever decided to make that change to Evans’ profile needs to find another way to express themselves. Thankfully, Lacey Evans is okay.