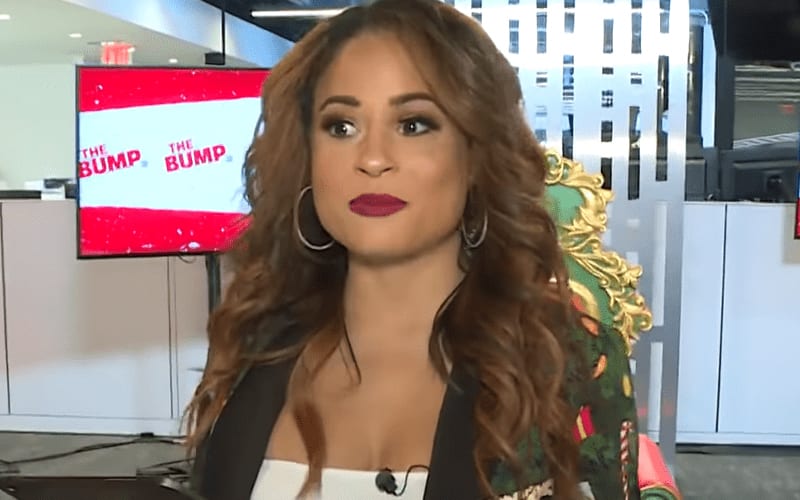 Kayla Braxton can be seen on WWE Friday Night SmackDown, and as host of The Bump. WWE might have to find a replacement for Kayla for a bit because she is set to have a bit of surgery next week.

Lasik eye surgery is standard at this point. It is an out-patient procedure, but it’s something that needs a bit of time to focus on. Kayla Braxton revealed on Twitter that she is set to go under the knife next week to correct her vision.

She made this revelation while firing back at a fan who was trying to drag her for wearing glasses on camera. There is a reason why she had to rock those glasses because contacts aren’t allowed prior to surgery.

Appreciate your unsolicited advice, bud. But like I announced on the show today and last week on social – I’m getting lasik surgery this weekend and can’t be in contact lenses for 2 weeks before the surgery. I didn’t love having to wear glasses today either.

Hopefully, Kayla Braxton will be able to get back to work soon and she’ll be seeing clearly as well. There aren’t a ton of risks associated with Lasik surgery nowadays, but we’re still wishing Kayla Braxton the best.