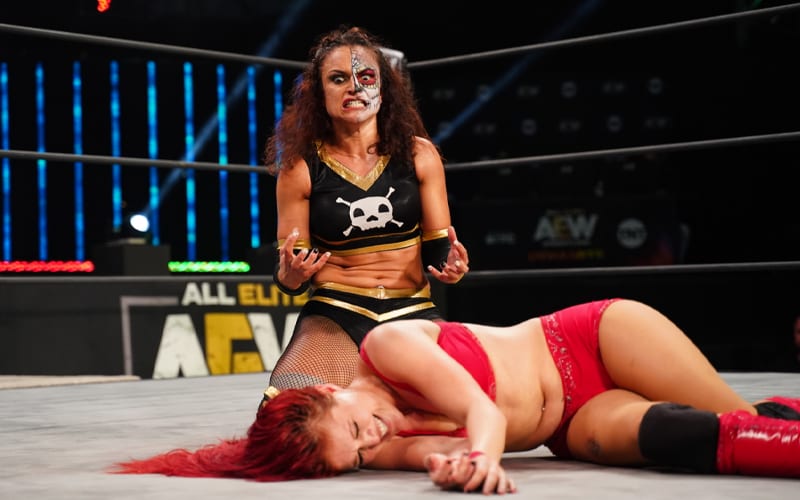 Thunder Rosa successfully defeated Ivelisse on AEW Dynamite this week. After the match, she had a moment with Hikaru Shida and the NWA Women’s World Title. She will be back next week to team with Shida and face Ivelisse and Diamante. They might have something serious to settle in the ring.

According to Fightful, Thunder Rosa and Ivelisse started exchanging real strikes during their match as it broke down a bit.

There was a rumor going in the AEW locker room that the two weren’t getting along prior to their match. It appears that Ivelisse wanted to test the NWA Women’s World Champion by not selling, and Thunder Rosa had a way of making her sell.

The NWA Women’s World Champion is known for being stiff in the ring and Ivelisse no-sold some spots during their match. Thunder Rosa didn’t like that at all. It was said that “those in attendance thought that the match was going to have to be edited, but we weren’t told whether or not it actually was.”

Thunder Rosa has also been working with some of the female wrestlers as she helps train them with Dustin Rhodes. She has apparently tried to take a leadership role in the training.