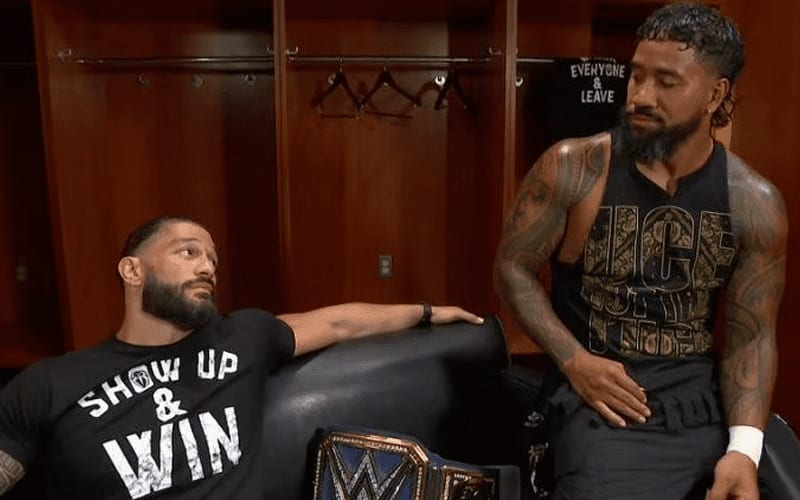 WWE is on their way to Clash of Champions where Roman Reigns and Jey Uso will face each other. The cousins aren’t done teaming up just yet.

The company announced that Roman Reigns and Jey Uso will team up once again this week to face off against King Corbin and Sheamus. This is an interesting build toward Clash of Champions as the two Samoans continue to build competition in the family.

Roman Reigns left Jey Uso out to dry for the most part last week. The Big Dog came in to steal the pinfall after hitting a spear. Let’s see what they have in store for this week.

WWE has a lot of building to go toward Clash of Champions on September 27th. Stay tuned to Ringside News as we continue providing up to date coverage.