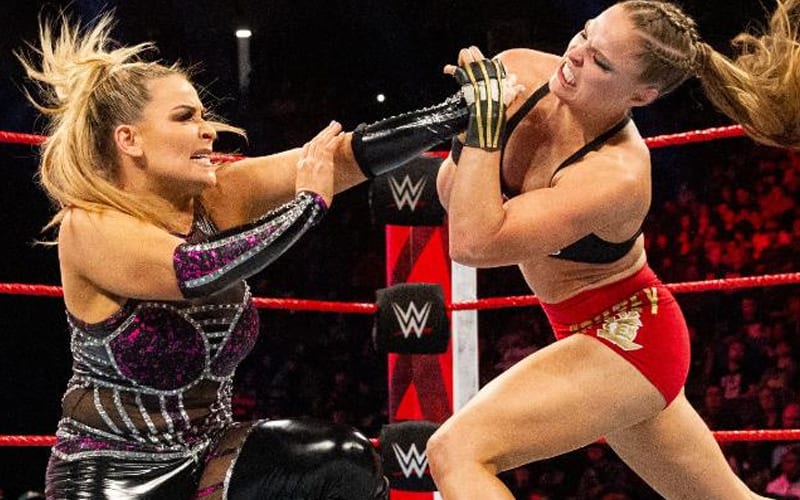 Ronda Rousey hasn’t been seen in the squared circle since her WrestleMania loss in the main event. She was recently training in a wrestling ring, and a new tweet said she’s looking forward to a rematch with one of her biggest challenges in the ring.

After WrestleMania, Ronda Rousey took some time off. She hasn’t returned since. Rousey remained busy during the pandemic, and admitted that she wasn’t sure a return was needed for WWE’s ungrateful fans.

Rousey responded to an official tweet from WWE’s Twitter. This match remembered Rousey and Natalya’s match in 2018 on Monday Night RAW. Rousey replied back saying that she loved that match, and she can’t wait to do it again.

One of my fav matches – such a huge challenge in so many ways, what a crazy day

looking forward to a rematch someday

We’ll keep our eyes peeled for any signs that Ronda Rousey might be making her return. She’s likely to keep that kind of thing quiet as she has gone above and beyond in the past to hide a secret and work the fans.

Another match with Ronda Rousey and Natalya sounds like a good idea for a lot of fans. Rousey’s return to the company might be best saved for an event where they can generate a genuine crowd reaction.