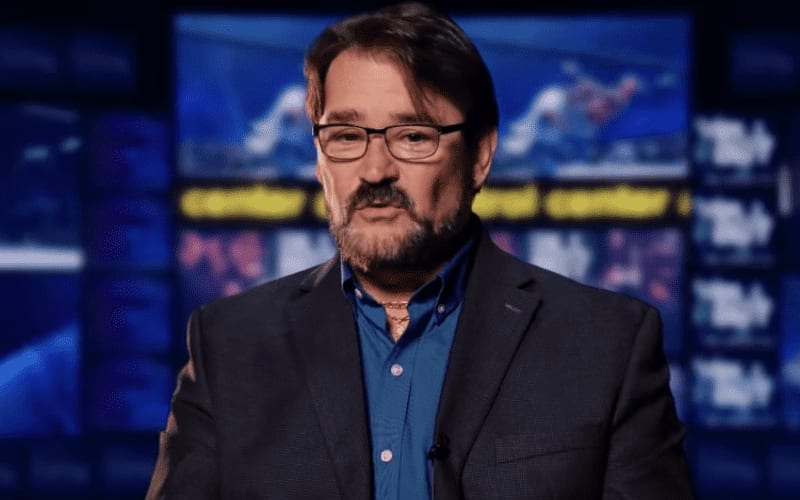 AEW Dynamite features the voice of Tony Schiavone every week, but it wouldn’t have been that way if WWE had gotten their way. Vince McMahon’s company offered Schiavone a very vague deal, but he says they were very sketchy about things.

During a recent episode of What Happened When, Tony Schiavone said that WWE wanted him to come in, but they didn’t have an exact position for him. They just wanted someone with pro wrestling experience in the company.

Tony obviously decided to go with AEW, but Bruce Prichard apparently had an interesting pitch fro him to pick WWE instead.

“They were very sketchy about it. They said we just want you to come to work here. We need more people here who have a strong wrestling background to help out. Well, what would I do? Well, you would just work with us. I was talking to Bruce (Prichard) and I think Bruce was shooting with me that he didn’t know. Now it’s pretty apparent what was going on and I don’t blame Bruce for it.  But, they wanted to get me so AEW wouldn’t get me and they would have run me out the door right after Eric Bischoff or before.  I’m not blaming Bruce but I get it. I know what Vince (McMahon) was thinking.”

AEW has been able to utilize Tony Schiavone in a top spot with the company. There is no telling what WWE had in mind for Schiavone, but he didn’t seem interested enough to find out.