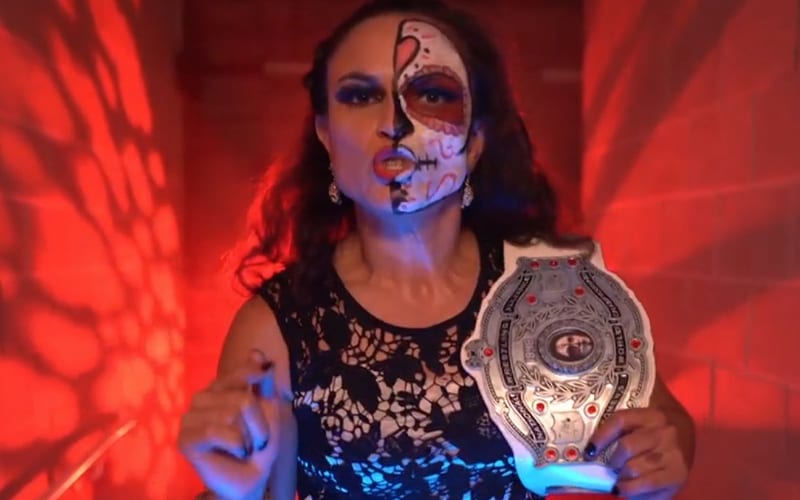 This week on Dynamite, Thunder Rosa will defend her own title on AEW’s TNT show. That is a very unique situation in pro wrestling as politics usually prohibit that kind of thing from happening.

Billy Corgan and Tony Khan are friendly, and that has benefited the situation greatly. While speaking with Sportskeeda, Thunder Rosa admitted that she’s not sure if her relationship with AEW will continue, but she remains hopeful.

“Billy [Corgan] and Tony [Khan] have been talking. They are very happy with my performance so far. I am knocking on wood and hoping this [partnership] continues. We are putting NWA name on a broader platform, which is the goal at the end of the day,”

Thunder Rosa is a great addition to the AEW women’s division. They need seasoned performers in a big way. The pandemic limited AEW’s options as many of their veteran female performers were suddenly unable to make a trip to the United States from Japan.