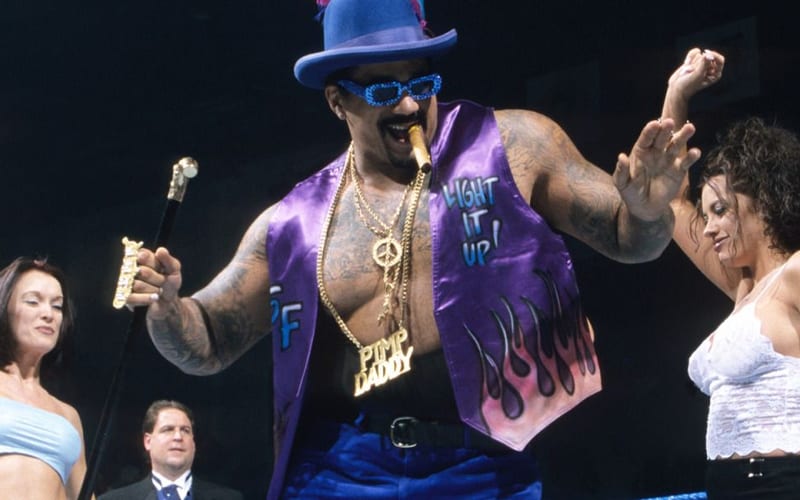 The Godfather went by a few names while he was with WWE, but all of them were advocates of marijuana behind the scenes. The subject of legalizing marijuana is near and dear to his heart as he says it saved his life.

While speaking to the Battleground Podcast, The Godfather spoke about how marijuana not only helped him through his career, but it also assisted him in times when he was taking a lot of pills.

He the revealed that when he started smoking marijuana not only did food taste better and he had more “pep in his step,” but he also stopped taking pills. Now the heaviest pill he takes is Aleve.

“I tried marijuana for the first time in my life at 27 years old.  I was brought up in Silicon Valley. I was brought up thinking marijuana was bad and I would grow up to be a hippie and my brain was going to fry.  I didn’t see people smoking until I went to college.  I still didn’t smoke. I didn’t try it until I was 27.  When I started it at 27, I was taking somas, vicodins, percocets, etc. I’m taking sh*t like that like it’s nothing and I’m drinking a bottle a day of Jack Daniels.  I’m functioning like that, running around like that and driving around like that but I won’t try marijuana.  Marijuana, no are you kidding me?”

“When I tried it, I couldn’t remember the first time but it opened up my eyes. It made my knees feel better.  It made my back feel better. Food tasted better. I had a pep in my step.  It made me smile. It made me funny. It made me creative. Cannabis is the best thing that ever happened to me. Now, the heaviest thing I will take is an Aleve. That’s it. I will have a shot of Jack every now and then.  I will have a beer every now and then, but I don’t drink. Cannabis works very well for me. People say I am the most productive stoner they know. For me, it got me off all that other stuff. I think it saved my life to be honest with you.”

The Godfather isn’t the only major marijuana advocate in the pro wrestling business, but his story is proof of the many benefits it can provide. The Godfather continue speaking about how it changed his life for the better for years to come.