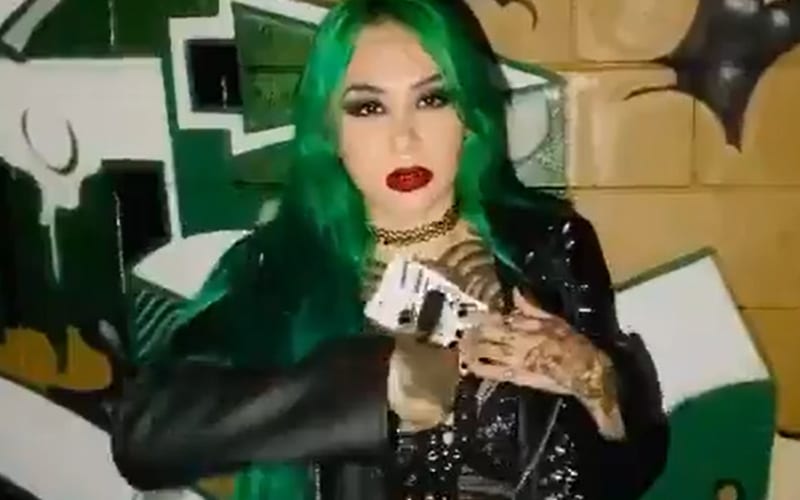 WWE has a Performance Center full of Superstars ready to do whatever it takes to make their mark, even if it means leaving a few marks on themselves in the process.

Shotzi Blackheart has a big match against Io Shirai on NXT this week. It isn’t for the NXT Women’s Title, but Blackheart is more than ready for it. She dropped an intense video promo to prove it, as well.

Blackheart dropped a video promo that concluded with her stapling a piece of paper to her own chest. She used a staple gun and it was a real one. She did it twice for good measure to make sure that the paper stayed in place.

She asked “can you out-crazy Shotzi Blackheart.” It might be hard to do that after watching this promo.

Shotzi Blackheart is pretty determined to make a name for herself in NXT. The paper that she stapled to her chest said “Hurt Me,” and that’s exactly what she did to herself. She certainly left the impression that Io Shirai might have a difficult time stopping the tenacious Blackheart.