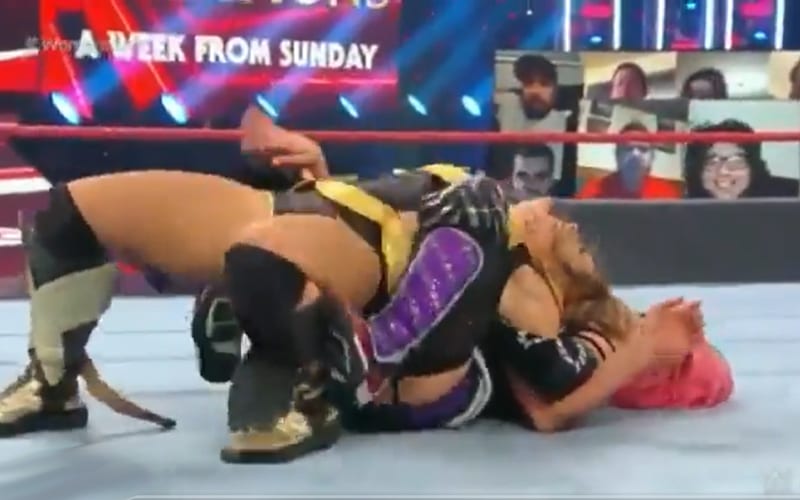 Plenty of fans were wondering what happened during the RAW Women’s Title match during this week’s show. Asuka retained her title, but it was in a very controversial fashion. Then Zelina Vega came down to seemingly usher Mickie James out of the picture.

While speaking to WWE The Bump, Mickie James was asked about that loss on RAW this week. She nearly defeated Asuka for the RAW Women’s Title, but the referee made a very bad call.

“I’m heartbroken. I can’t even watch it, I’m so devastated…I pinned her. I just don’t understand it.”

Mickie James said she ranks Asuka up there with the best, but it didn’t change how devastating that loss was on RAW. She had Asuka’s shoulders pinned to the mat, but the referee never counted.

The referee called or the bell. He said Mickie James couldn’t continue in the match. The ThunderDome booed this decision, and the story is the referee botched the finish. We’ll never know what was really supposed to happen in that match, but it certainly didn’t end the way Mickie James and Asuka planned.

For what it’s worth, Zelina Vega vs Asuka isn’t 100% set in stone for Clash of Champions. As of this writing, WWE still has a chance to fix this and give Mickie James a pay-per-view title match.