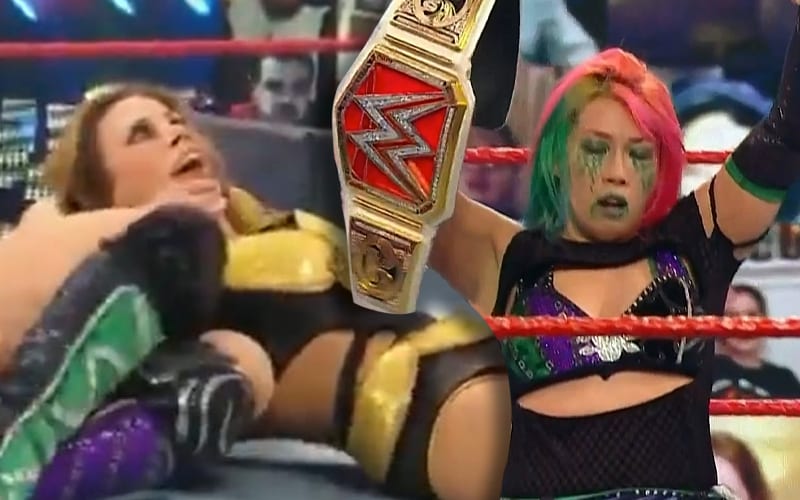 Asuka retained the RAW Women’s Title this week, but she did so by controversial means. The thinking was that Mickie James was injured, but that’s not the case.

Bryan Alvarez noted on Wrestling Observer Live that the referee should have been counting a near fall when Mickie James rolled Asuka up into a pinning predicament. James was caught in an Asuka Lock at the time.

The referee did not count the pinfall attempt, but instead, he waved off the match. Then it was announced that Mickie James was “no longer able to continue.”

It is supposed that the referee thought that Mickie James was injured, but she wasn’t. The thinking is “safety first” when officiating matches.

We’ll have to see if Mickie James gets another shot at the RAW Women’s Title. Zelina Vega stepped out directly after that match and she started a feud with the Empress Of Tomorrow which will seemingly see a match at Clash of Champions on September 27th.