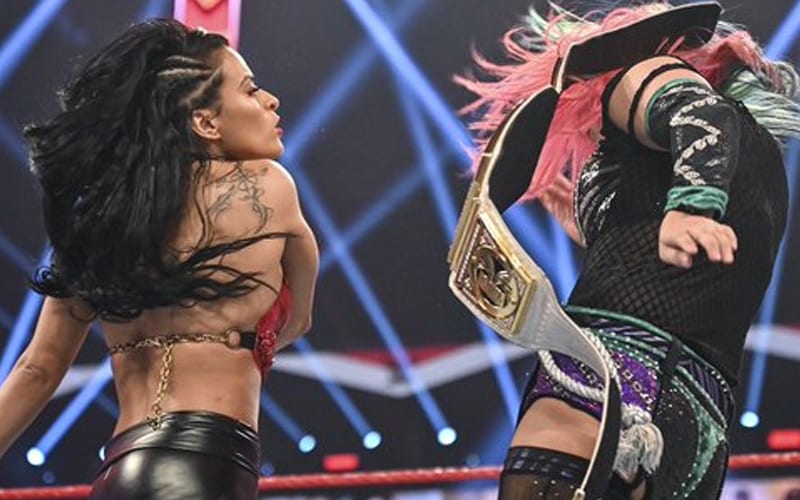 Zelina Vega stepped out on her own this week on WWE RAW. She stepped right up to Asuka and slapped the taste out of her mouth. Zelina Vega is more than ready to capture this opportunity.

Vega proudly announced that her time is now during RAW Talk following her breakout performance this week. The sentiment did not go away for Vega at all.

Later on, Zelina Vega posted an image of herself slapping Asuka. She included a caption asking “how’s the face” to further taunt the RAW Women’s Champion.

We’ll have to see what’s next for Zelina Vega, but she is certainly on the right track. It’s likely that WWE doesn’t have much of a plan, but splitting Zelina Vega from Andrade and Angel Garza was certainly a move nobody saw coming this week.