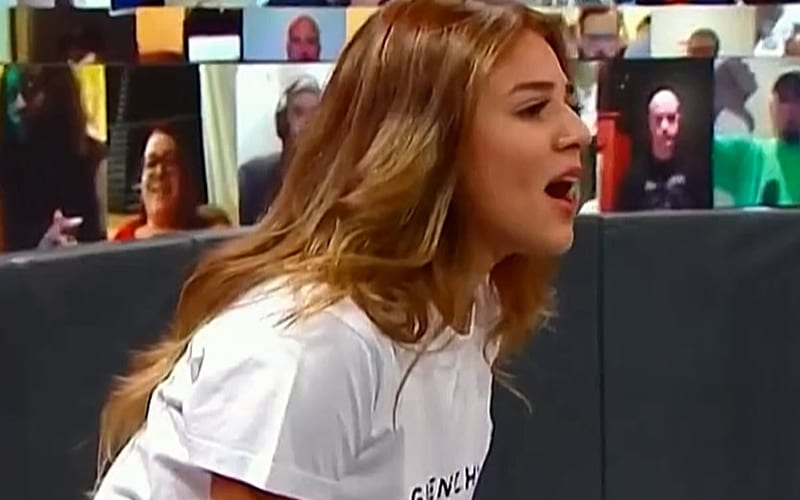 Rey Mysterio’s daughter Aalyah caused a lot of attention last night when she reached out and touched Murphy’s arm as she was getting in the ring. This scripted move on a televised entertainment program was intentional, and it is apparently just the beginning.

During RAW this week, it appeared that Rey Mysterio’s daughter Aalyah offered a hand of sympathy for Murphy. That could be foreshadowing for a possible romantic angle. During Wrestling Observer Radio, Dave Meltzer confirmed that is the direction that the company is taking.

This storyline could go a lot of different ways. WWE can always change their plans because Seth Rollins made an interesting comment to Rey Mysterio’s wife where he said he hopes Aalyah turns out better than Dominik.

We’ll have to see where this story progresses from this point on. WWE scripts their television shows to drop teases whenever they can. This is what happened on RAW with Aalyah and Murphy. Stay tuned.