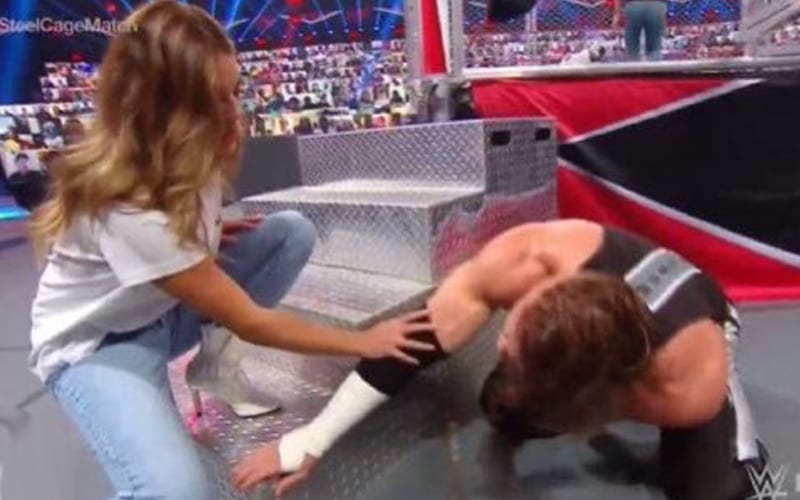 Original: Rey Mysterio’s daughter Aalyah has been appearing on Raw in recent weeks alongside her mother. The Mysterio family continued fighting as a family on a weekly basis. It could be leading somewhere interesting for Mysterio’s 19-year-old daughter.

Seth Rollins defeated Dominik in an intense steel cage match on Raw this week. Then Rollins promptly beat Murphy down at ringside. He smashed his disciple against the barricade because Murphy failed him during the match.

As Seth Rollins was leaving, he made a comment to Mysterio’s wife that he hopes “she turns out better than your son,” while referring to Aalyah. Murphy remained beaten down by the stairs as Rey’s wife and daughter got in the ring.

As Aalyah passed Murphy, she knelt down and put her hand on his arm. This was a sympathetic gesture that was caught by tons of fans. Everything happens in WWE for a reason, at least to tease a possible direction.

It seems that a romantic angle could be brewing. The foreshadowing is quite evident that Aalyah was brought onto television for a much bigger reason.