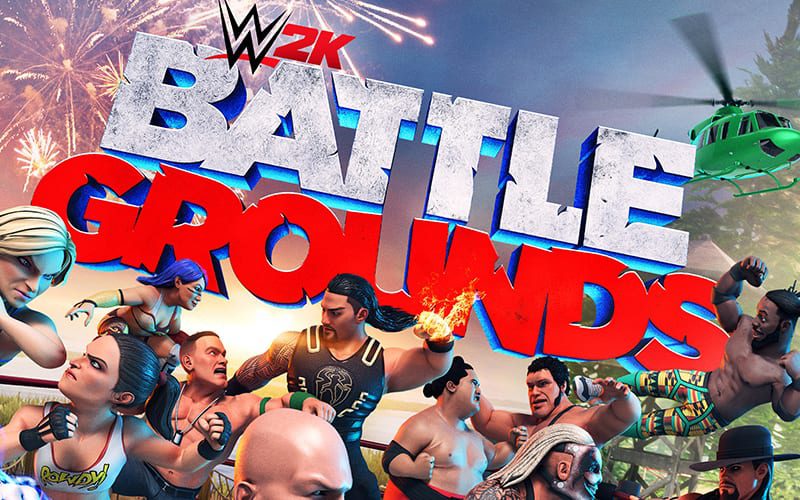 WWE will see a new video game drop on Friday, September 18th. Battlegrounds will be a much different type of WWE game and will stray away from reality in a big way. This new take on pro wrestling video games will also come with some free updates for fans.

Comic Book recently spoke with WWE Battlegrounds Executive Producer Sean O’Connor. He confirmed that fans who purchase the game will get downloadable characters and new items. This will not cost them anything as it will be included with the original purchase price.

“There will be regular free updates to the game, but it’s not DLC that you have to go download or purchase. It’s free updates to the game where new superstars, vanity items, arena customization items, things like that will come into the game. Then you can unlock them just like you would anything else in the game. You play, you earn currency, you can unlock what you choose in the game. These will just be additional things on a regular basis. Going to add a lot of superstars, new outfits, things like that as well, but it’s all free.”

Microtransactions sometimes get under gamers’ skin, especially if they see the company as greedy. WWE Battlegrounds will have updates, but they won’t cost fans anything to get the new content.

He didn’t reveal exactly when that DLC material will be made available, but the team seems to have plans on adding to the game even after launch.