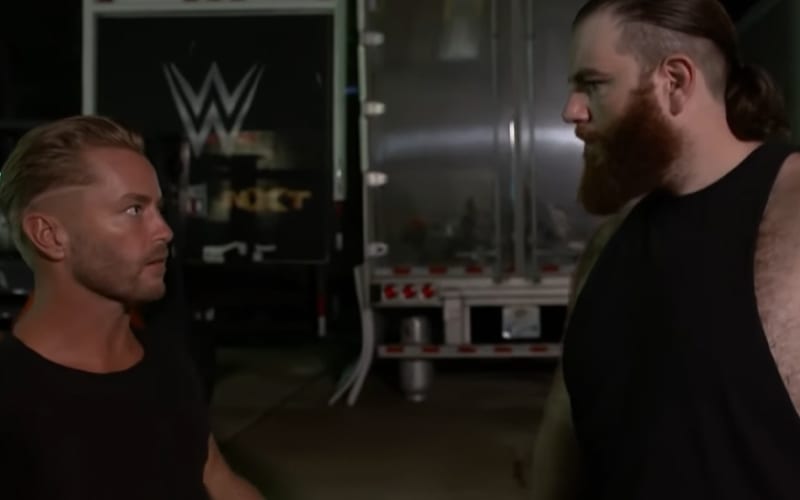 Drake Maverick and Killian Dain have been in a rather entertaining angle on WWE’s NXT brand. Maverick really wants to be Dain’s friend, but the former SaNITy member isn’t having it.

Maverick and Killian Dain are set to team up this week on NXT. They will face Roderick Strong and Bobby Fish of the Undisputed Era. Dain might not be 100% thrilled about that situation.

Drake Maverick recently revealed the direct message thread that he and Killian Dain share. It seems that Drake is doing a majority of the talking, in fact, he’s not getting a reply at all. It got to the point where Drake Maverick had to wonder if Twitter was broken.

Can somebody help me get in touch with @KillianDain? Our match is Wednesday!

Drake Maverick’s small stature makes him a perfect partner for bigger guys. He was with AOP for a while, and that team seemed to work. Circumstances being what they were called for that union to end. Now AOP is no longer with WWE, and although Maverick was fired for a time he was brought back to NXT.

In case you’re wondering how Drake Maverick’s wife Renee Michelle is dealing with this situation, she let everyone know with a facepalm emoji and an animated gif displaying a shocked expression. Drake Maverick really wants Killian Dain to be his friend.