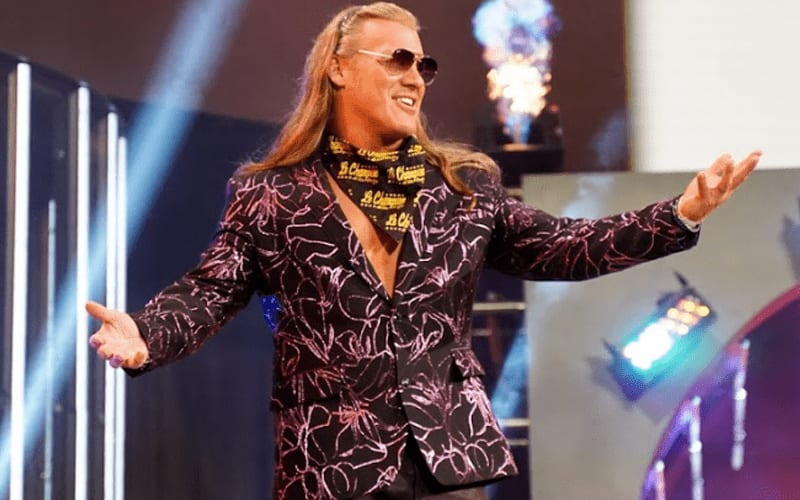 Chris Jericho has come up with plenty of innovative ideas that made his employers lots money, He has also cashed in on that success himself. Jericho might have left his Money In The Bank idea in WWE, but he now owns the Mimosa Mayhem match.

According to recent filings, Chris Jericho filed a trademark on the Mimosa Mayhem match on September 9th. Now if anyone wants to use that name they’ll have to go through Le Champion.

The trademark is listed for uses in “the nature of wrestling contests.” The legalese wording in the trademark is standard for any kind of match or event. It didn’t include any mention of marketing through merchandise, but you can never count that out either.

The trademark is for: IC 041. US 100 101 107. G & S: Entertainment in the nature of wrestling contests; Entertainment services, namely, wrestling exhibits and performances by a professional wrestler and entertainer; Providing wrestling news and information via a global computer network. FIRST USE: 20200905. FIRST USE IN COMMERCE: 20200905

We’ll have to see if Chris Jericho and Orange Cassidy ever meet again. We can’t imagine the Mimosa Mayhem Match really working without Freshly Squeezed and the mind behind A Little Bit Of The Bubbly. At least Jericho owns it so nobody else can borrow the idea down the line.