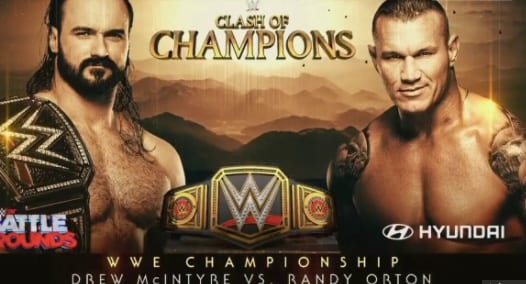 As seen on Sky Bet, the betting odds for Drew McIntyre vs Randy Orton at WWE Clash of Champions have been released.

McIntyre was able to get the best of Orton when they fought for the WWE Championship at SummerSlam, but many believe that he may not be quite as fortunate this time around.

Orton has been on one hell of a roll in 2020 and while Drew has had a solid run as champion, you just never know when a reign-ending RKO could pop up out of nowhere.

In terms of the odds, things are as close as they have been in a long time. McIntyre is a very narrow favorite at 4/5 whereas the veteran Orton is a slight 10/11 underdog.

These two have already proven that they’re capable of having a great match, but the question now lies more in what the impact of the result is going to be.