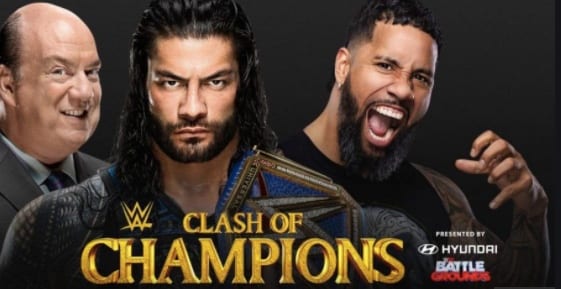 According to a recent report from Sky Bet, the betting odds for Roman Reigns vs Jey Uso at WWE Clash of Champions have been released.

The Big Dog is set to defend his Universal Championship against his cousin Jey on September 27th as his slow burn turn to the dark side continues.

While things have been fairly amicable up to this point, many believe that’ll change as we get closer and closer to the event.

The odds are about as one-sided as you can imagine with Reigns being the overwhelming 1/20 favorite to win the match and retain the title. Jey Uso, on the other hand, is a distant 8/1 underdog.

The story between these two men is the glue that’s holding this whole ‘feud’ together, and there are plenty of layers to unravel between now and Clash of Champions.