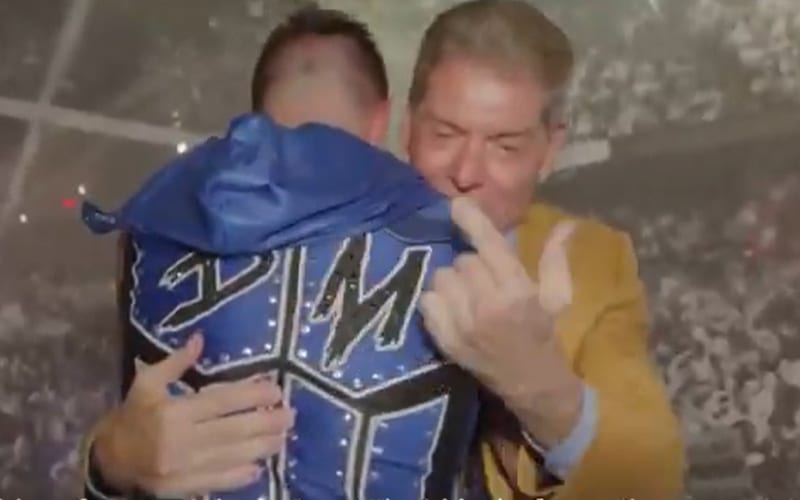 Dominik Mysterio had quite an in-ring debut in WWE. His match at SummerSlam against Seth Rollins was met with rave reviews both from fans, and those backstage.

Ringside News exclusively reported Vince McMahon’s reaction to Dominik Mysterio’s performance against The Monday Night Messiah at SummerSlam. Now you can see it for yourself.

In the new WWE The Day SummerSlam 2020, Vince McMahon was shown hugging Dominik following his big SummerSlam match. The microphone also picked up everything Mr. McMahon had to say.

“Congratulations. Very few people can get that kind of reaction whenever they’re in the ring no matter how long they’ve been in the business. So you should be very, very proud of yourself.”

Dominik’s mother and father were both there for his big moment. They also had much different reactions to that brutal kendo stick angle that took place on the road to the biggest party of the summer. You can click here for to see those reactions for yourself.