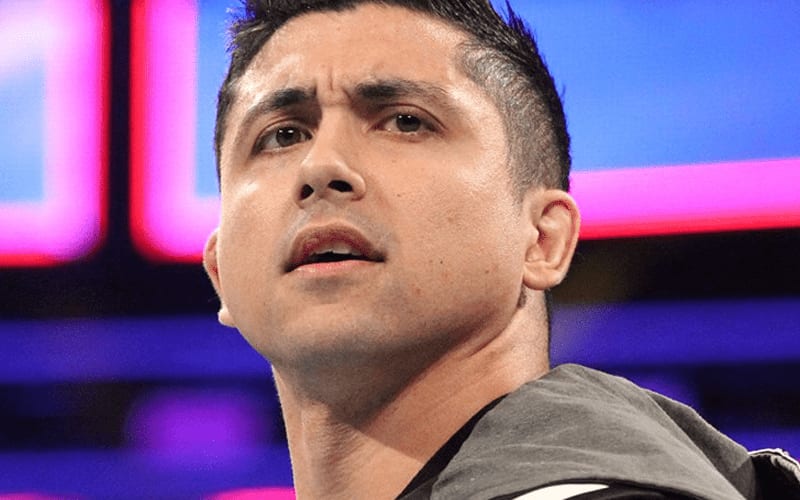 TJ Perkins spent time in WWE, but it wasn’t intentional. He recently revealed the true motives behind his stint in WWE while speaking to Vickie Guerrero’s Excuse Me podcast.

TJP called his run in WWE “an accidental pit stop.” He actually wanted to go to NJPW, Mexico, and later to Lucha Underground. He agreed to compete in 2016’s Cruiserweight Classic because he thought it would be like the J-Cup which was a historic event.

Then William Regal got in his ear and convinced him to lay down roots. This is what led to an extended stay in Vince McMahon’s company.

“For me, WWE was almost an accidental pit stop.  When I went there, I wasn’t aiming to go there. New Japan was obviously a goal. I was actually aiming to go back to Japan and Mexico when I left Impact the first time. This was 2015 or 2016. William Regal asked about me going to WWE for the Cruiserweight Tournament which I thought was maybe going to be like a modern day J-Cup they were going to do.  I knew it would have some significance culturally.  I didn’t know if I would stay or be their cup of tea.  I’ve been there before and they said, look, we don’t need guys like you and I said fair enough. They had their one Evan Bourne. They had their one Tyson Kidd and they said ‘we don’t any more of you dudes.’  I’m like ok, fine but I’ll do this tournament.”

TJP was eventually released from WWE, and he found his way back to Impact Wrestling. We’ll have to see what’s next for his career, but he apparently didn’t intend on staying in WWE for as long as he did.