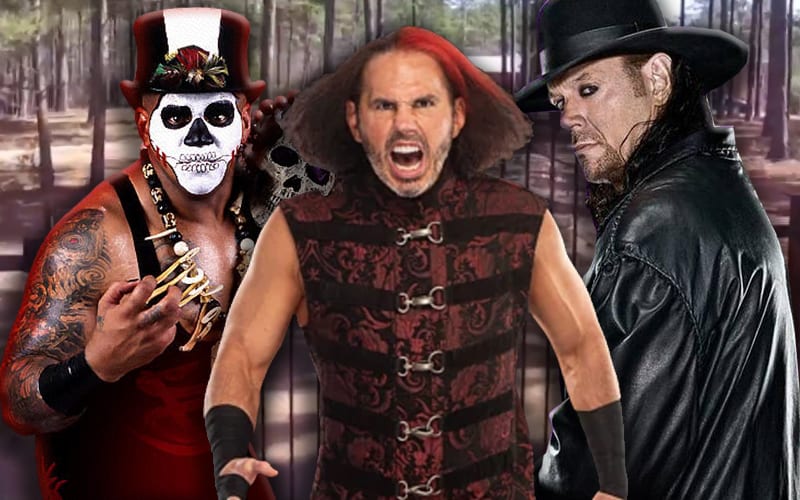 You never know where inspiration might come when you least expect it. Matt Hardy’s Broken Universe was an invention that he devised, but he had some help along the way. Two men who influenced him might not even realize it.

While speaking to Chris Van Vliet, Matt Hardy revealed how The Undertaker and Papa Shango were two characters that helped him mold the Broken Character. He wanted to create a throwback and looked to those two iconic gimmicks to help him along the way.

“Well, I mean, that’s why the whole ‘Broken’ Matt Hardy character was created in the first place. Because thinking back and looking at the landscape of things, all these young guys that are 25-35 that are in super top shape, super athletic and super healthy in so many ways, and don’t have their body covered with scar tissue like mine is. When I was thinking about those characters, I said, ‘what if I could do a throwback to the days of Papa Shango? The days of The Undertaker? Trying to create a character that’s somewhat magical, somewhat over the top? And that was the whole mindset,”

Matt Hardy is now in AEW, and the Broken Character came with him. He owns the rights to the Broken Universe after a lengthy legal battle with Anthem Sports.

Hardy is taking a little break to focus on his health after a bad fall at All Out, He will be back, and promised to aim for the AEW World Title. We’ll have to see which one of his personalities decides to take on that challenge.